Sinjska Alka is unique knights' tournament in Europe, taking place each year on the 1st weekend of August in the town of Sinj. This year a jubilee 300th edition is expected, which will be held on August 9th. 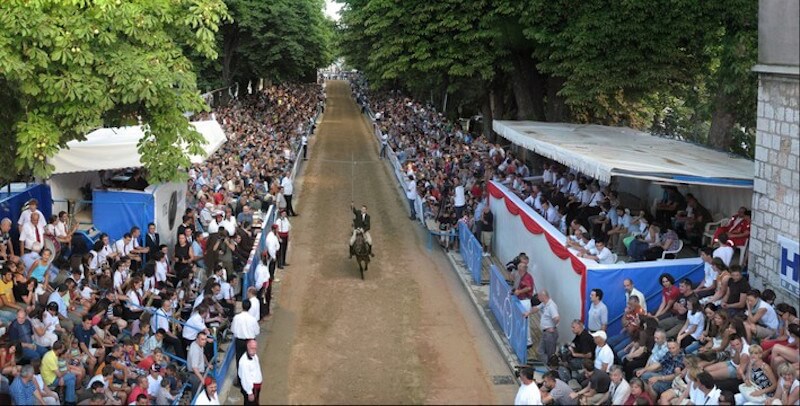 In 1715 the town of Sinj was under attack by 10,000 strong Ottoman Army. Wanting to occupy Sinj, the Ottomans had reached the edge of town and were close to taking ownership. The battle for Sinj was brutal, with just 1,500 defenders the local priests of Sinj prayed to the almighty for the town to be saved.
People of Cetinska Krajina founded the knights game Sinjska Alka as the eternal memory of prowess of forefathers, but also as an encouragement to keep the generations to combative spirit of the defenders against enemy, and competition in nobility, honesty and work. 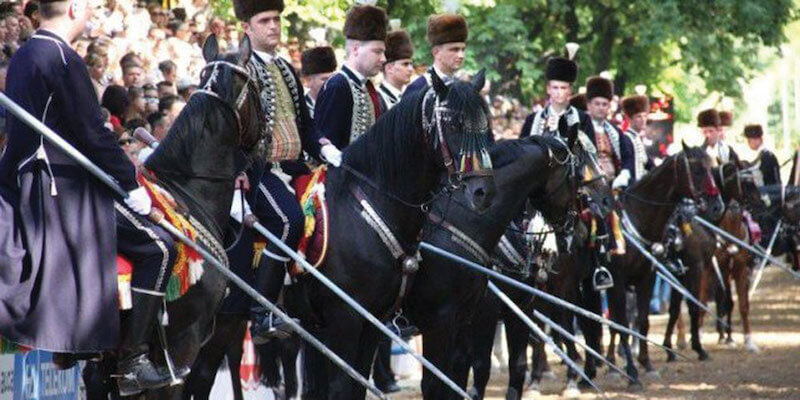 Alka is individually knight competition which include at least 11 and most 17 Alkars, dressed in traditional and elaborate 18th century clothing, tall hats and boots. Only men born in Sinjska krajina (city of Sinj and surrounding villages) can take part in the Alka. Alkar rides his horse down the race track and tries to hit the central ring of the alka with his spear in full gallop. 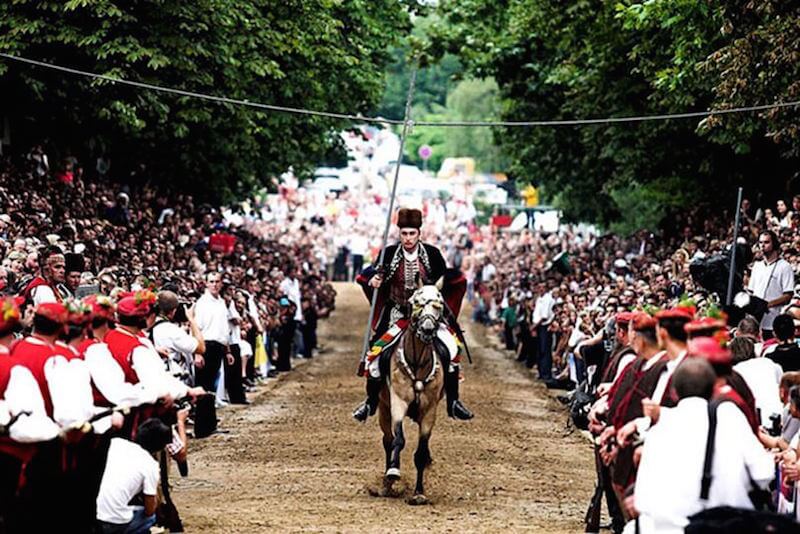 Alka is a disc made of wrought iron and made of two rings (smaller diameter 3.51 cm and the larger diameter of 13.1 cm). The hoops are connected by three arms of which the outer circle are divided into three equal sections. Depending on which part of the alka he hits, he receives from 1 to 3 points, and no points if he misses. 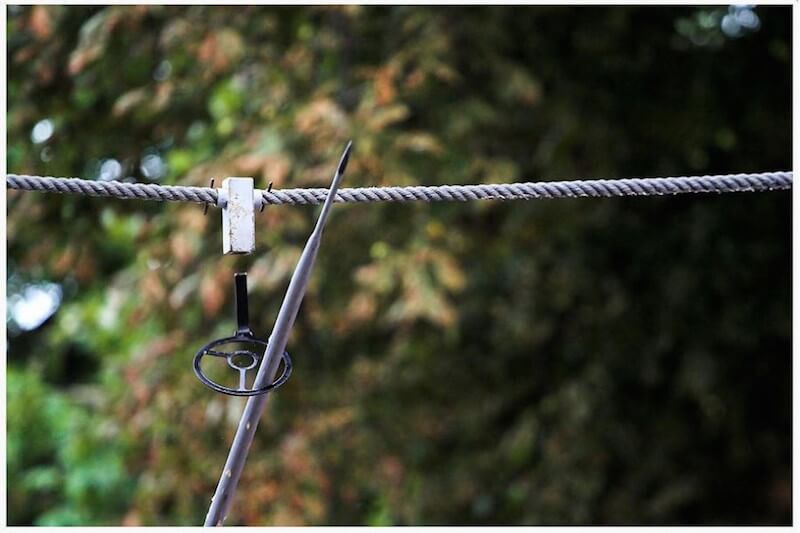