Game of Thrones is one of the most popular TV shows in the history of HBO and the worldwide TV phenomenon. It was created by showrunners David Benioff and D. B. Weiss. The series is an adaptation of „A Song of Ice and Fire“, George R. R. Martin's series of fantasy novels, the first of which is titled „A Game of Thrones“. The series has attracted record numbers of viewers on HBO and won numerous awards and nominations.
Game of Thrones was recorded at the many locations in Croatia, a country of exquisite nature and rich historical and cultural destinations. 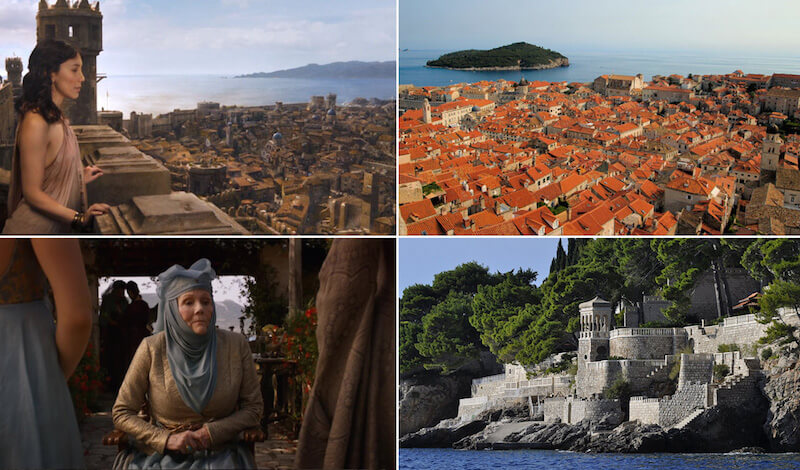 This ancient Croatian city possesses unique, marbled buildings and a Baroque architecture. Steeped in history and unique traditions, the impressive walls of Dubrovnik provide the perfect backdrop for King’s Landing, the capital of Seven Kingdoms. 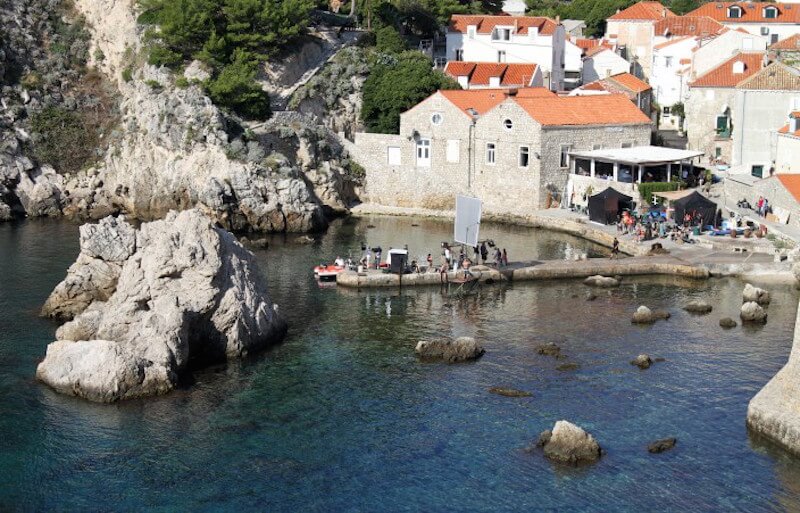 The Lovrijenac Fortress is situated outside the western walls on a 37-meter high cliff and it was turned into the Red Keep, home of the kings of the Seven Kingdoms. 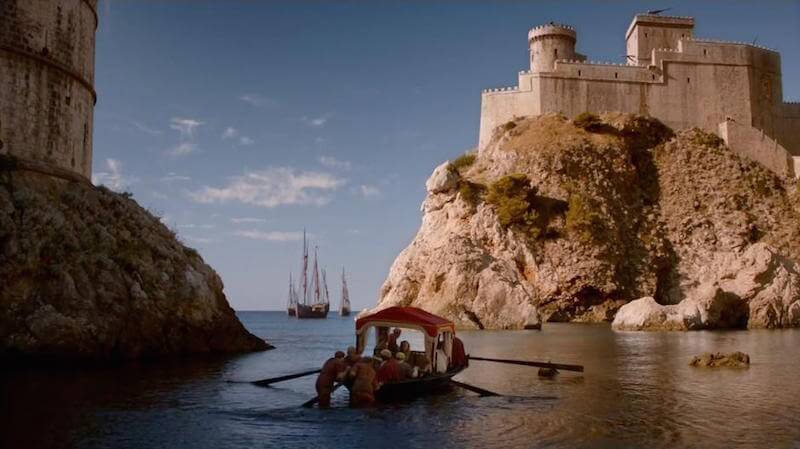 At the northwestern part of the walls is the Minčeta Tower, one of Dubrovnik’s five forts, which was used as the mysterious House of Undying.
Only a few hundred meters off the coast of Dubrovnik lies the green and lush island Lokrum. The fortress is on the highest point of the island with an amazing view over the protected national park. In series, Lokrum was turned into Quarth, the „Queen of Cities“. 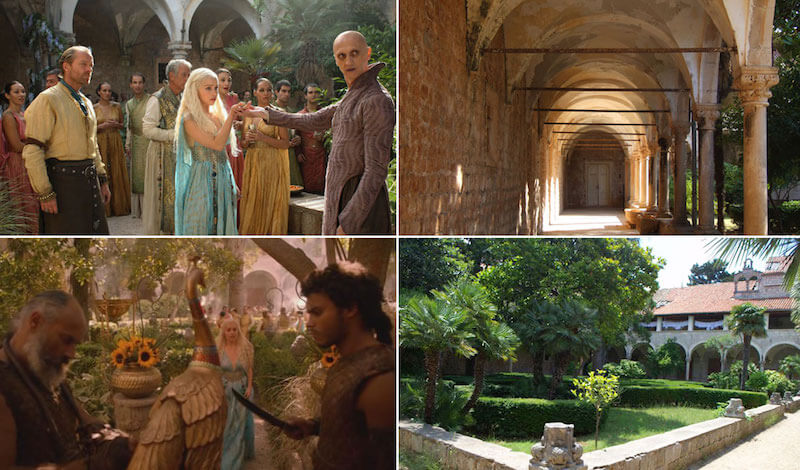 One of the oldest arboretums in this part of Europe, Trsteno Arboretum, located in Trsteno - a small village right next to the sea around 10km north of Dubrovnik, was served as the site of King's Landing palace garden. 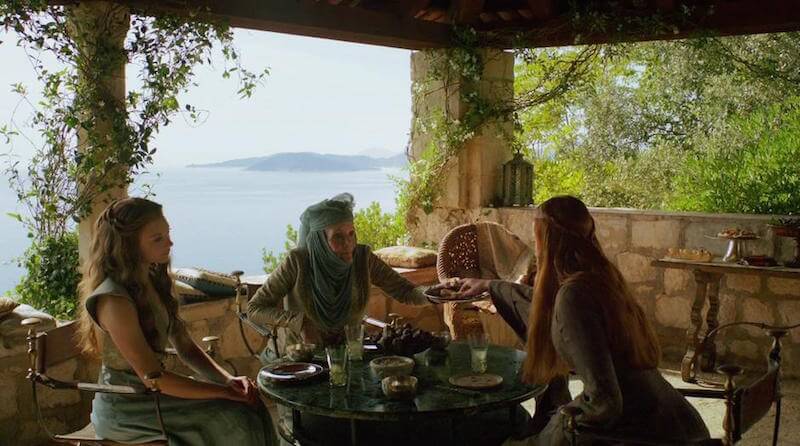 This traditional Croatian location has been used many times as the backdrop to the world of Westeros and Essos. Split with its labyrinthine streets doubled as the city of Meereen. The Diocletian’s Palace, 1,700 year old palace situated in the very heart of Split’s old town, was used as Daenarys’ throne room in Meereen. 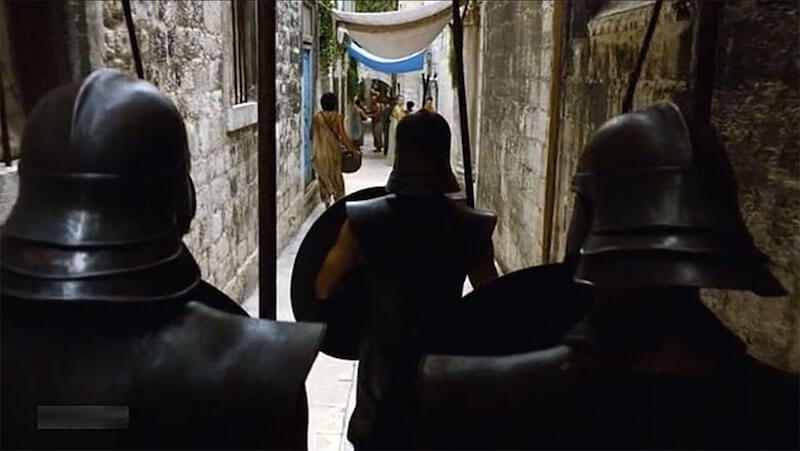 Only 20 minutes away from Split is the Klis Fortress, a stone castle perched on top of a mountain. Klis was a setting for many of the outdoor scenes of Meereen where the Queen of Dragons freed the slaves.
Žrnovica, the small town in the near vicinity of Split, is home to the 600 year old stone water mill where Missandei’s infamous bathing scene took place. 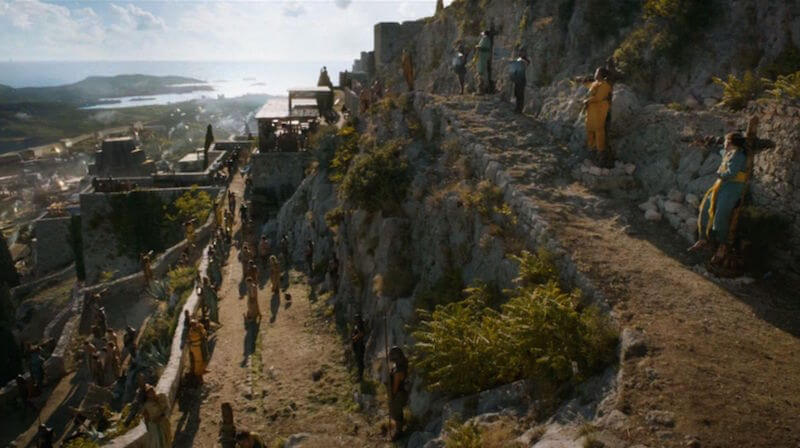 The Walls of Ston, a 3.5 mile long defensive construction dating back to the 14th century, was also a perfect setting for the imminent walls of King’s Landing.
Imotski is the newest location in season 5. Adorn in gorgeous ancient stone architecture, Imotski is also known after the Red and the Blue lake, magnificent example of natural beauty. 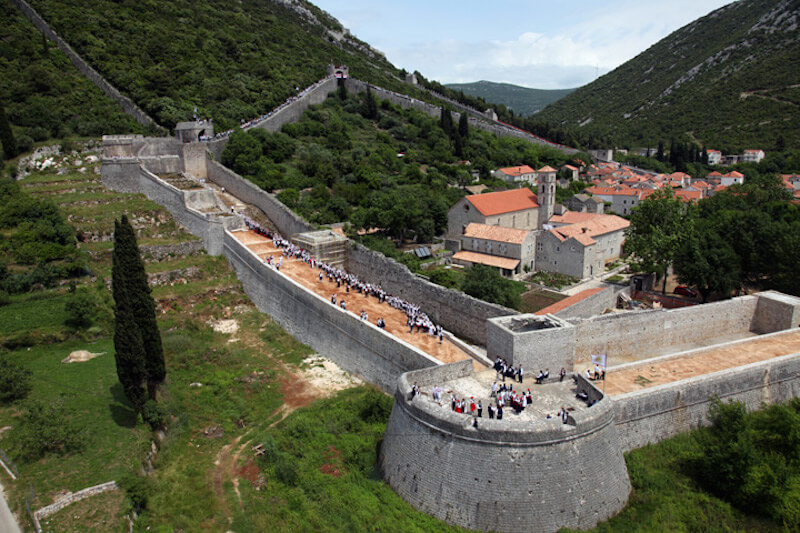 Krka National Park is located near Šibenik, along the Krka River, and is bursting with breathtaking scenery, waterfalls, flora, fauna and historical and archaeological remains. This lush green nature reserve has been used several times during filming as landscapes of the West. 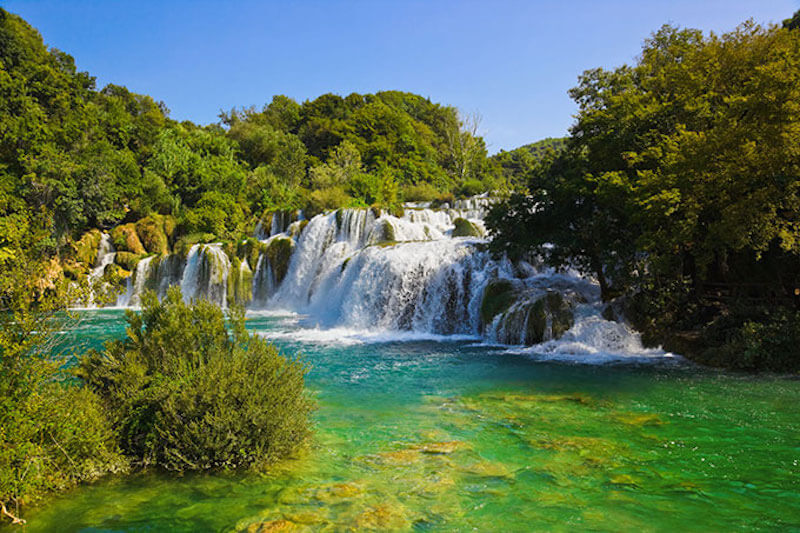 The medieval town of Šibenik hits the small screen as Braavos, one of the Free Cities across the narrow sea. With its walls and its ancient architecture, Šibenik is protected by four fortresses which was used as a House of Black and White, the temple of the God of Many Faces. 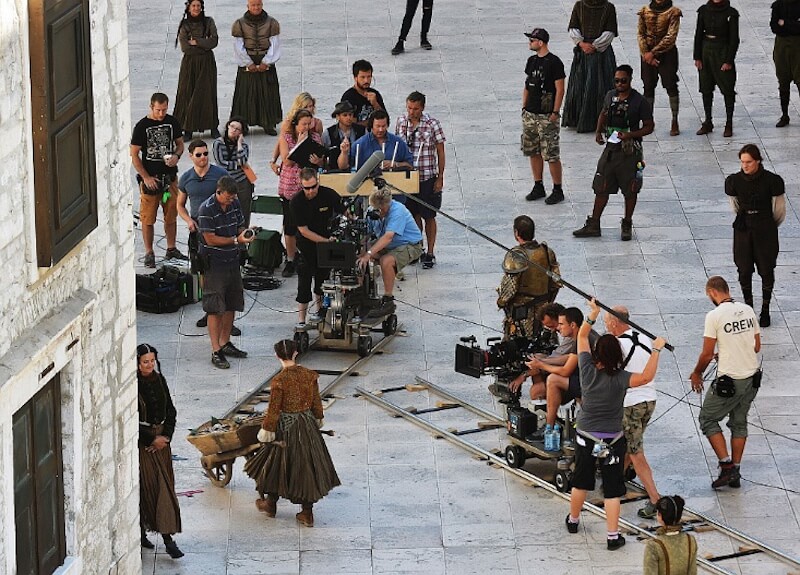 Watch what Game of Throne actors have to say about filming in Croatia: