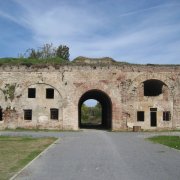 The Fortress of Brod is a fortress in Slavonski Brod in Croatia with significant cultural heritage. It is in a rectangular form, while the system of defense channels provides its star-like layout. It consisted of three defense zones: internal, external and southern, and it was protected by two moat areas, water-fed from the nearby stream.
In the period from 1945 up until the Croatian War of Independence in the '90s, the Fortress serves as an accommodation for the soldiers of the National Army of Yugoslavia. Today the Fortress of Brod, world heritage site and the unique and monumental example of the 18th century Slavonian military fortification architecture, belongs to the city of Slavonski Brod, decidedly initiating its revitalization. 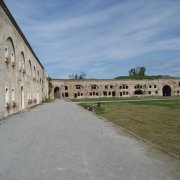 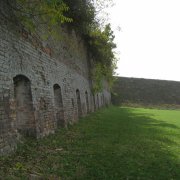 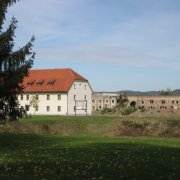 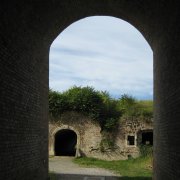 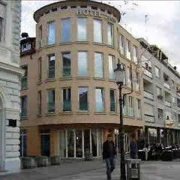 The fortress provides a very nice walk around and reminds an important part of the Balkan history. In particular, the traveler sees a rather well preserved massive defensive structure that was erected in fear of the Ottoman Turkish expansion to the north. The visit is rewarding but rather short since there are no rooms open to the public (at least there were no when I was there). The cafe-bar in the premises has a great view.

An old fortress from the 18th century, well preserved, but still needs lots of renovation. Today it's a stage for numerus city happenings. Inside of this fortress there is the museum of instrument called tambura, a tipical instrument for the region of Slavonija. Turist board of Slavonski Brod offers something called ''living history program'', and in this program during your walk through fortress you meet diferent characters from the fortress history. You can talk to them and they will describe their life and work in and on the fortress itself!!