Along with the Euphrasian Basilica it is one of the two official seats of the Roman Catholic Diocese of Poreč and Pula. The church is located on the south side of the Pula bay at the foot of the hill next to the 17th century Venetian fort. The site of the present-day church has been used for religious worship since ancient Roman times and the first Christian churches on the site were built in the late 4th and early 5th century AD. The present-day cathedral came into existence through a series of expansions of these pre-existing 5th-century buildings. The original cathedral was richly decorated with frescoes and floor mosaics. However, only a small section of the original mosaic has survived to present times, bearing the inscription DAMIANUS ET LAVRENTIA, which were the names of the couple which had paid for the mosaic as part of their wedding vows. 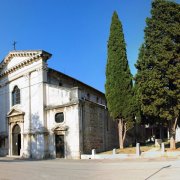 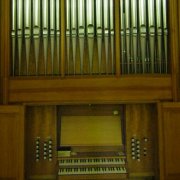 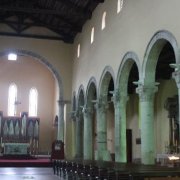 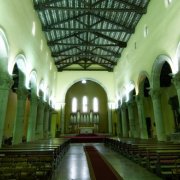 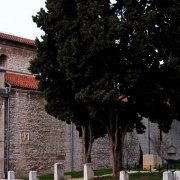 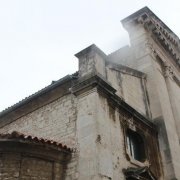 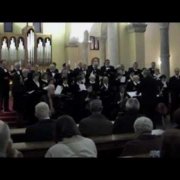 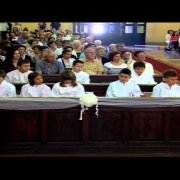 The Cathedral is quite different than cathedrals in Italy, but it is a nice place to be when you are visiting Pula. It is not so ornate inside, but I like it. The architecture is impressive. Their choir is small, but they sing very well. Also, the surrounding area is a pleasant walk with many cafes and restaurants.