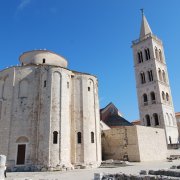 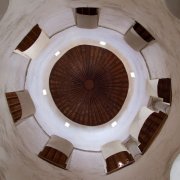 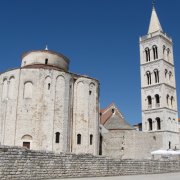 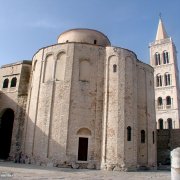 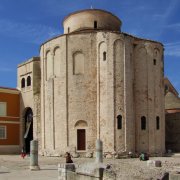 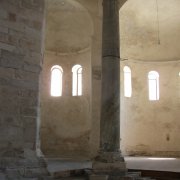 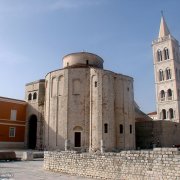 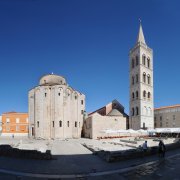 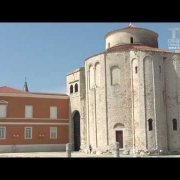 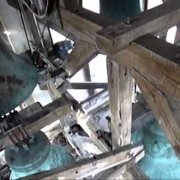 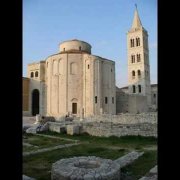 The Church of St Donat is perhaps the top attraction in Zadar. It is recognized as one of the finest examples of Byzantine architecture in the world. It is situated right next to what was once the Roman Forum. The circular church presents an unusual picture.

I ended up seeing the interior of this beautiful former church very late at night. There was a cool interactive, multimedia video art installation complete with fog machines, hypnotic music, and stunning imagery of scenes from all over the world. This building has a lot of character. You can sense hundreds of years of history the minute you walk inside.

A symbol of Zadar

A symbol of Zadar, this church was built using stones from the ruins of the Roman forum. It is no longer a church and it is empty, but it is really worth a visit. The base of the pillars and walls are formed from pieces of roman remains and it is really unique.