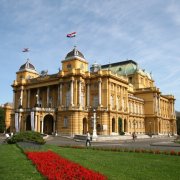 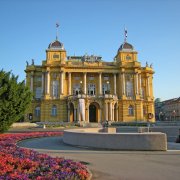 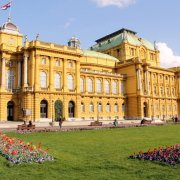 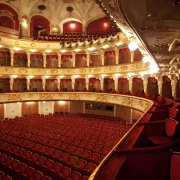 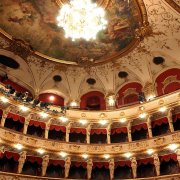 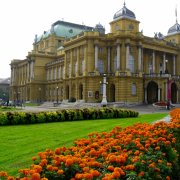 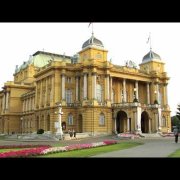 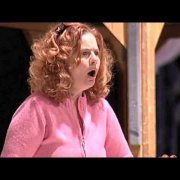 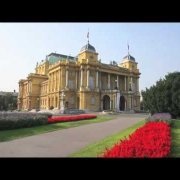 One of the top 20 theaters I've seen

This is one of several buildings in town that to me have a foreign influence. It's beautiful. There's a nice park next to the theater. We did get to peek our heads inside but it wasn't open at that time for a performance. One of the top 20 theaters I've seen in the world.

The theatre is a great architectural example of the style used in the Austro-Hungarian Empire for some of the public buildings in the late 19th century and until World War One. The building looks also a little like the National Theatre in Cluj (Transilvania, Romania) which was built in the same period and designed by the same architects Fellner and Helmer. It is an interesting building to see if you are passionate about the European architecture from that period.