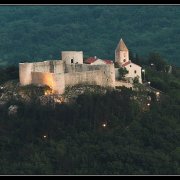 Drivenik Castle is a castle in the hinterland of Crikvenica and Novi Vinodolski, in the northern part of the Adriatic coast, western Croatia. The castle is first mentioned in 1228 as one of the co-signers of the Vinodol Code. It is located on a high point named "Glavica" (181 m above sea level). From the 13th century the castle was the seat of the district administration, and upon the arrival of the Frankopans, their deputy Dragoljub resided there in 1288. In the 16th century (1571 based on an inscription on its walls) the castle was expanded in size and in the style of Renaissance fortresses it received round towers on its corners. Then in 1577, the castle was ruled by the noble family Zrinski. Ultimately the castle was abandoned as an active settlement, only the church of Sveti Dujam (St. Domnius) and its cemetery remained as active properties. 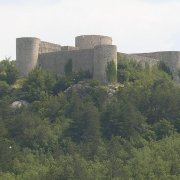 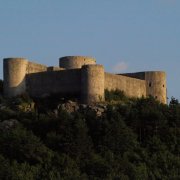 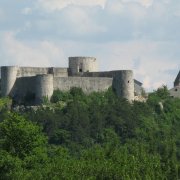 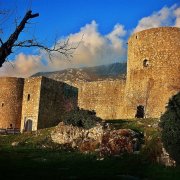 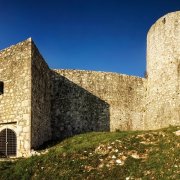 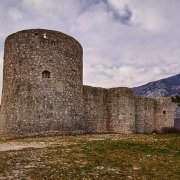 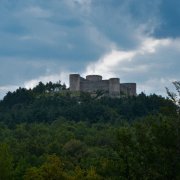 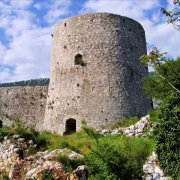 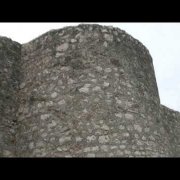