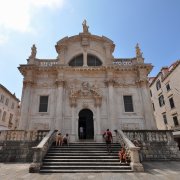 The cathedral was built on the site of several former cathedrals, including 6th, 10th and 11th century buildings, and their 12th century successor in the Romanesque style, which was largely destroyed in the earthquake of 1667. The Senate of Dubrovnik appealed to the architect Andrea Bufalini who sent a model for the new church. Several other Italian architects, including Francesco Cortese (present from 1669 until his death in 1670), Paolo Andreotti (present 1671-1674), Pier Antonio Bazzi (present 1677-78), and Tommaso Maria Napoli of Palermo (present 1689 - 1700), all working with local and imported stonemasons, completed the Cathedral over the next three decades. 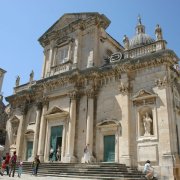 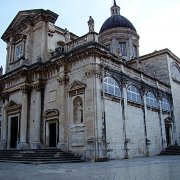 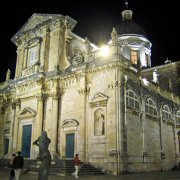 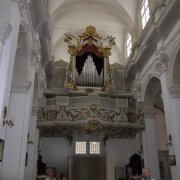 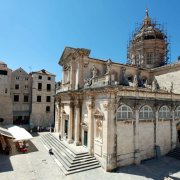 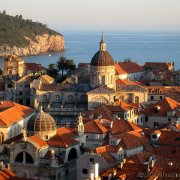 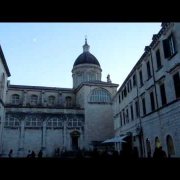 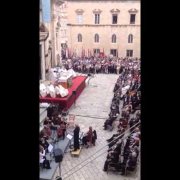 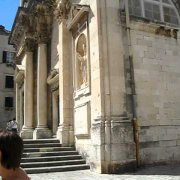 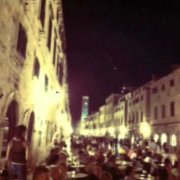 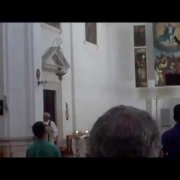 Set in the Old Town amidst wonderful narrow streets and superb architecture it really is a lovely place to visit. There are very unusual Stations of the Cross and in the main most tourists give the cathedral the respect it deserves although you will always get the rude and ignorant who just want to take photos.

The church in the middle of Dobrovnik old town has a quite nice interior, but just moderately interesting. The treasury was open when we visited (free of charge). The room is full of glittering things containing so-called relics. Difficult to see more than the few things just in front og you.

Average church in the center of the old town of Dubrovnik, lovely but not so spectaculary. But Dubrovnik is a small city and surely you will visit this church.