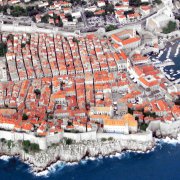 The most recognizable landmark that define the physiognomy of the historical city of Dubrovnik and give the city its characteristic and world known reputation are the untouched city walls. The walls surround the city with a total length of 1940 meters. This complex fortress, one of the most beautiful and solid fortress systems in the Mediterranean, is composed of a range of forts, bastions, casemates, towers and freestanding fortresses. The walls were constructed during difficult times when the city and Republic were in constant danger; the walls have been maintained today not only because of the knowledge of the skilled construction workers and the constant care provided by city dwellers that maintained and rebuilt the structures as needed, but because of the brilliantly reputed diplomacy in Dubrovnik which managed on many occasions to avoid dangerous measures taken by enemies against the Dubrovnik Republic. 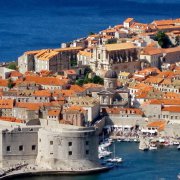 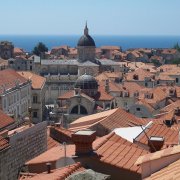 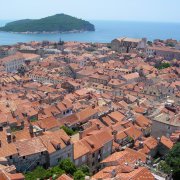 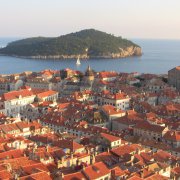 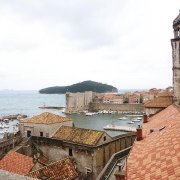 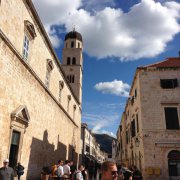 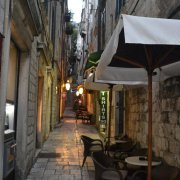 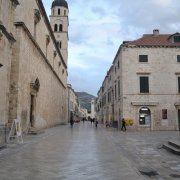 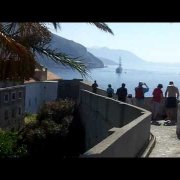 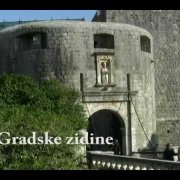 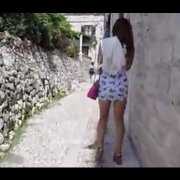 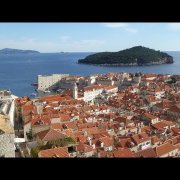 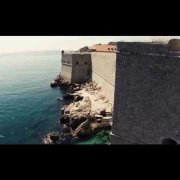 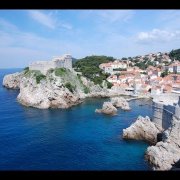 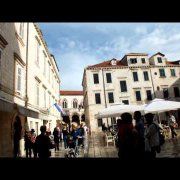 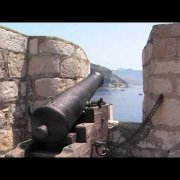 Beautiful old town with lovely buildings, cathedral, churches and hidden treasures in the little streets of the main strip. Lots of nice bars, restaurants and ice cream parlour at the harbour where you can watch the world go by. Very relaxing place to explore, even has a Christmas shop! Can get very busy with tourists so try early if possible.

Now I understand why everyone says to visit Dubrovnik

We were one of the thousands of cruise groups to visit Dubrovnik. Obviously there must be a reason this place is so popular. The old town is really a tourist site, but it is quite nice and worth a visit. For those interested, there is an old synagogue and a small Jewish museum to visit. Also some interesting artists. Lots of places to eat, although it is much cheaper outside the walls. Go and enjoy.

Absolutely amazing views from the walls! Prepare with good shoes for walking and climbing stairs - a lot of stairs! - and take a bottle of water with you. The shear size of the walls and defensive works is so impressive. To add the charm of the old city makes this easily one of the most amazing self- guided walking tours I have ever experienced.

Within the city walls of the old town and of the Main Street are a maze of narrow streets full of restaurants, shops, churches and museums. We found the people to be very friendly and found the town to be well worth a visit