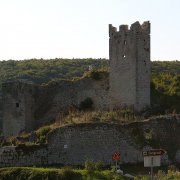 Only a few kilometers west of Kanfanar, the remains of the mediaeval town of Dvigrad are located, which still dominates the Lim Fjord. During Illyrian times, two colonies existed which later, in early mediaeval times, became two towns, Parentino and Moncastello. The former quickly became extinct, whereas the latter, in the ownership of the Aquileian patriarch, developed further under the name of Duecastelli. Later on, like the most part of the Istrian coast, Dvigrad fell under the Venetian power. In the mid 17th century, malaria and the plague were rifing in Istria, which didn't spare the citizens of Dvigrad either. Thus, in 1631 most of the 700 hundred inhabitants left the town, and the remaining three families left in 1714, when the church of St. Sophia was abandoned as well. The relics and the pulpit from the 14th century were transferred into the church of St. Silvester in Kanfanara, where the inhabitants of Dvigrad had moved as well. The town is very well maintained, since it hadn't been destroyed in the wars that were ravaging through Istria, but rather because it was abandoned by the inhabitants of the town. The town gates still exist, as well as two circles of the town walls, some of the defense towers are maintained, as well as the most part of the 200 houses. 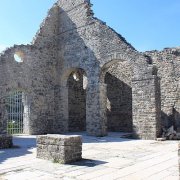 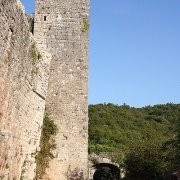 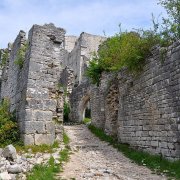 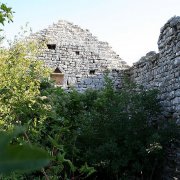 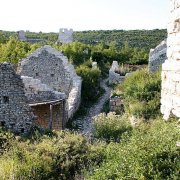 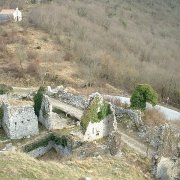 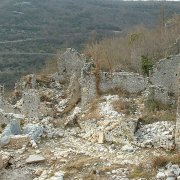 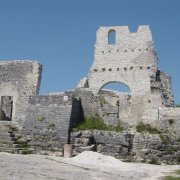 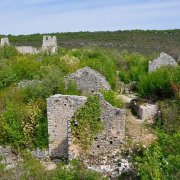 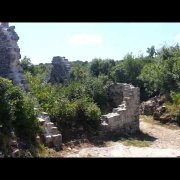 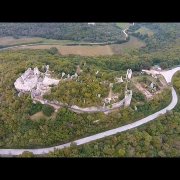 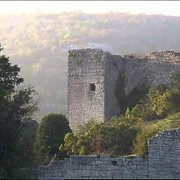 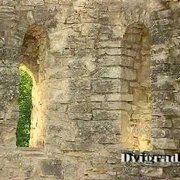 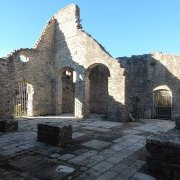 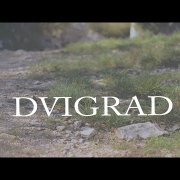 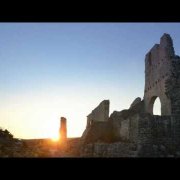 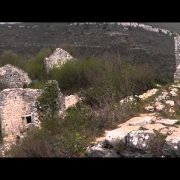 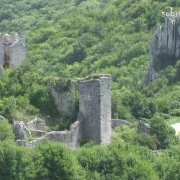 Highlight of my visit to Istria

Dvigrad sits on a hillside, so the very best thing about it is approaching it and seeing the ruins from a distance. When you come closer, you become aware of the holes in the walls, the crumbling stones, and the tangle of greenery engulfing everything, and you are reminded that nothing, even the thickest stone, lasts forever, and that the forces of time and nature are relentless. Imagine this town as a bustling center of medieval trade. You are free to wander the cobbled streets of Dvigrad on your own, which is part of its charm. It has not yet been seized upon by the tourist-marketers. Thus, you can explore and imagine at will. If you don't like history, enjoy the picturesque views of the Draga Valley, framed in crumbling stone. Dvigrad was refreshing and the highlight of my visit to Istria.

Reminder of the past-deserted and different

It is worth the visit whether or not you believe that the community left this abandoned 17th century village because of the plague or some other equally romantic reason. Some bits are tricky to get to and, yes, it's overgrown, but you can wander round the easier bits if you prefer. My son was disappointed that there were no snakes, but I wasn't. As you leave buy some lavender bags....