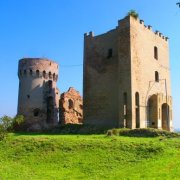 Erdut Castle was built in the 14th century and it lies on a cliff 70 metres above the Danube. The castle was damaged in July 1991, during the Croatian War of Independence, in an artillery attack launched by the Yugoslav People's Army (JNA). As a result of the attack, Croatian authorities sent a list of Croatia's cultural monuments marked with the protective sign of the Hague Convention for the Protection of Cultural Property in the Event of Armed Conflict to the Yugoslav Defence Ministry and all JNA headquarters. 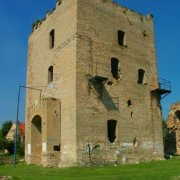 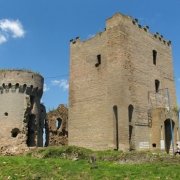 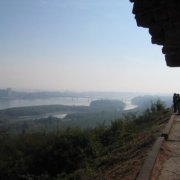 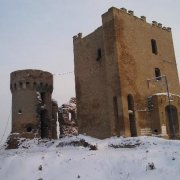 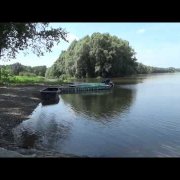