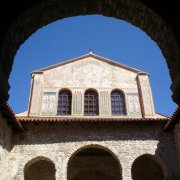 The Euphrasian Basilica or the Cathedral Basilica of the Assumption of Mary is a basilica in Poreč, Croatia. The episcopal complex, including, apart the basilica itself, a sacristy, a baptistery and the bell tower of the nearby archbishop's palace, is one of the best examples of early Byzantine architecture in the Mediterranean region. The Euphrasian basilica has for the most part retained its original shape, but accidents, fires and earthquakes have altered a few details. Since it is the third church to be built on the same site, it conceals previous buildings, for example the great floor mosaic of the previous basilica from the 5th century. Because of its exceptional value, it has been inscribed on the UNESCO World Heritage List since 1997. The Basilica is also the Cathedral of the Roman Catholic Diocese of Poreč-Pula. 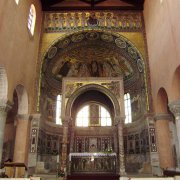 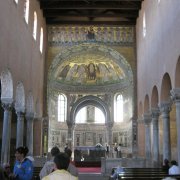 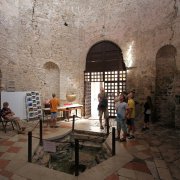 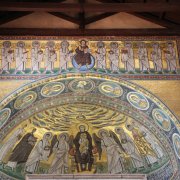 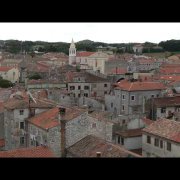 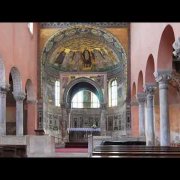 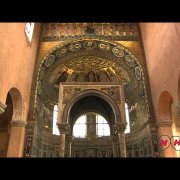 The Euphrasius Basilica is certainly worth a visit. It was useful to have a tour guide who explained the many historical aspects of the church and provided a lot of interesting facts. The interior of the basilica is beautiful in design, including magnificent use of marble, and ornate paintings of various religious scenes and people of significance. The use of 'gold-leaf' also adds to the richness of the interior. The various historical mosaics are very interesting, particularly the remains of the mosaic floor in the external area of the site.

It is really a must for anyone who enjoys visiting old churches, archeological sites, and beautiful places. The atrium and mosaics are really first class. I was surprised to find such a beautiful place in Porec.

It is a nice place, but difficult to rate. And here's why: the Basilica is interesting, it is a heritage site and an important location for Croatian culture, but there are little information in international languages, the location is difficult to find and there are no ways to get there with a car. Rather expensive to visit actually.

A beautiful and fascinating complex, particularly if you are interested in art, architecture and history. It is an example of early Byzantine architecture in the Mediterranean region.
Most of its shape is original with some alterations due to fires, earthquakes etc. The current church has been built on top of 2 previous churches. The mosaics within the church are absolutely breathtaking. It has been on the UNESCO World Heritage List since 1997.