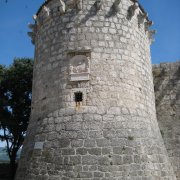 Frankopan Castle is a castle located on the southwest coast of the island Krk, in the ancient town of Krk, which is one of the oldest towns in the Adriatic, in Croatia. Frankopan Castle is situated at an elevation of 8 m. The castle was raised by the Croatian noble family of Frankopan through several centuries and several generations. The oldest part of fortification is the square tower with the diocese, in which was located Frankopans courtroom. The round tower on the northern corner of the castle with a transversely extended lower part, was built after the square, probably in the 13th century. This cylindrical tower has two floors and attic. On the ground floor once there were two doors, one open to the Kamplin, and the other toward the interior of the castle. On the eastern part of the castle, overlooking the sea, there is still a square tower, while in the western part of the castle there was a sentry box for guard. Within the complex there was space for soldiers. It is not known precisely when, but the entire complex was completed before 1348. 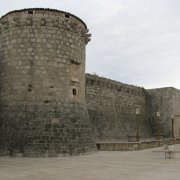 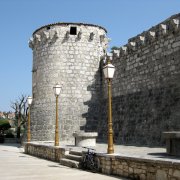 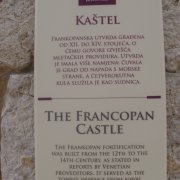 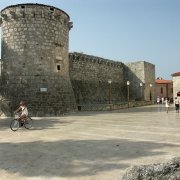 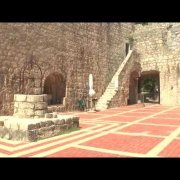 Nice historic place. Not very expensive and people are kind and helpful.

This square tower was built to defend Krk town from attack from the sea. The entrance is from the main square of the old town. Much smaller than the square castle at Senj, the Frankopan castle also has far less to offer the visitor. The types of archeological exhibits can be counted on one hand.

Frankopan castle is a wonderful old castle from where you can enjoy the panoramic view of the capital city of Krk island. Lovely!