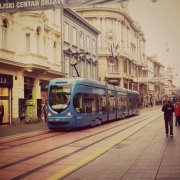 Ilica street is one of the longest streets in Zagreb and considered to be the most expensive residential street in the city. The busy street is home to many shops and cultural sites and spans through most of the northwestern part of the city, from the Ban Jelačić Square in the city centre westward to the Vrapče district. The street is 5.66 km long, making it the third longest street in the city. The name was first recorded in 1431, while the street itself retained its present shape at the end of the 18th century. During a part of its historical timeline, the street appeared under the name Lončarska ves. 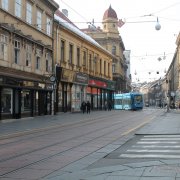 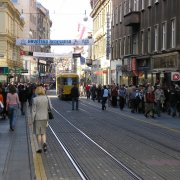 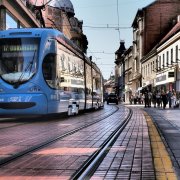 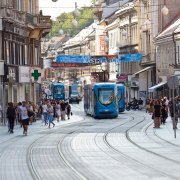 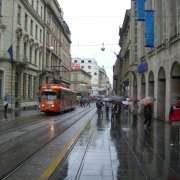 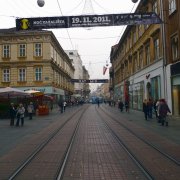 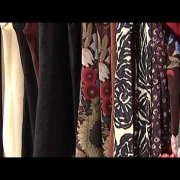 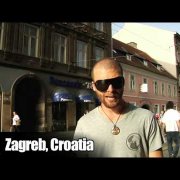 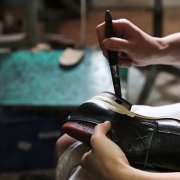 Main street, full of people, full of life... There are a lot of stores so it's also a very popular shopping area, coffee bars and couple of clubs!

Ilica is a classic main street, similar to those you can find in other big European cities. It's very long and runs from Ban Jelačić Square westwards through the half of Zagreb. There are countless shops of various trademarks, numerous restaurants, cafés, etc. It is used by both cars and trams.
If you come to Zagreb in order to go shopping you certainly shouldn't miss this busy street!

The main shopping street in Zagreb

It is the main shopping street in Zagreb. Full of upmarket but very value conscious designer shops and boutiques. Not a lot in the way of restaurants - they can be found elsewhere. But if you want to spend your clothing budget and more, then this is the place to do it. Be prepared to walk a bit though. And take the funicular to the upper level of Zagreb which is about half way along the street. There is one gorgeous café/patisserie whose name escapes me but is worth the extra kilo to go there.