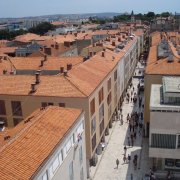 Kalelarga, also known as the Wide Street (Široka ulica), is the main and most famous street in the city of Zadar. Some people say it is even older than the city itself, spreading in the direction west - east from People´s Square (Narodni trg) to the city’s famous Forum which features a number of Roman items. 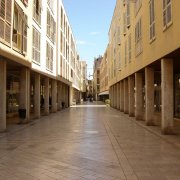 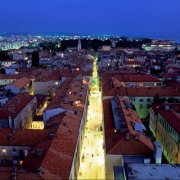 Zadar's main street, good to see when in Zadar but nothing special.

Zadar's main street since the ancient times and the most famous street of Zadar. Some people say it is even older than the city itself. Though today its official name is Široka Ulica (Wide Street), in everyday speech its name always has and always will be Kalelarga. It is the place of socialisation, entertainment and recreation, processions and folk ceremonies.