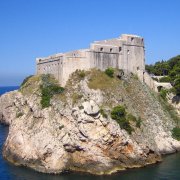 Throughout the centuries, this fort was adapted many times and following the fall of the Republic, it served a different purpose: it was a military base during the Austrian occupation, then it was converted into a hospitality facility. In 1933, the Fort of St. Lawrence was the venue for several sessions of the PEN club (meetings of the most eminent writers of the world, who then discovered Dubrovnik as a tourist attraction). For centuries, the fort was the greatest defender of the city's freedom, and engraved above its gates is a message for descendents and for the world "Non bene pro toto libertas venditur auro", ("Freedom cannot be sold for all the treasures of the world"). Today, in this free city and free country, the fort shines again with its former greatness, and freely flies the flag of the Dubrovnik Summer Festival with its symbol "Libertas" (Freedom). 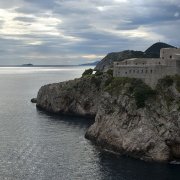 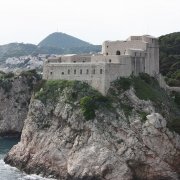 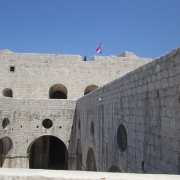 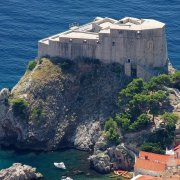 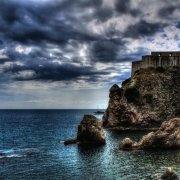 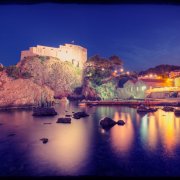 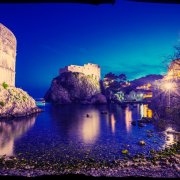 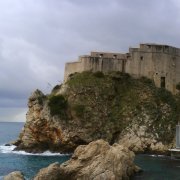 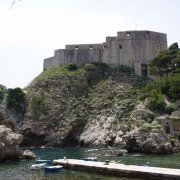 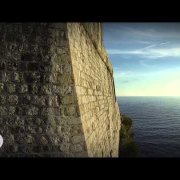 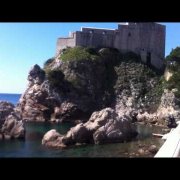 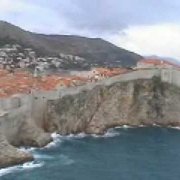 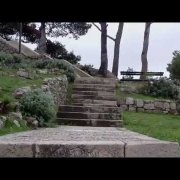 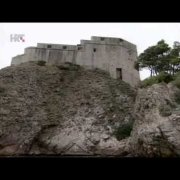 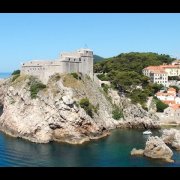 A different view of the city

It makes for a nice walk up here, but there is no exhibit or interior to really investigate, just spectacular views from the tower terrace. It is included in the ticket you buy for the city walls so you might as well. It's a little difficult to find the way up, so best to stop by the tourist office outside the northern (main) gate to the town. If you need the bus back to your hotel, the stop for those is right across the street from the way up to the fortress. There are very nice views and some good restaurants on the way up.

Beautiful old building steeped in history. A good reminder of the recent history of upheaval in this part of the world, with many photos of the damage to the beautiful old city and the world news reports of the early nineties.