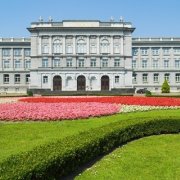 The Mimara Museum is an art museum in the city of Zagreb, Croatia. It is situated in the Roosevelt Square, housing the collection by Wiltrud and Ante Topić Mimara. Its full official name is the Art Collection of Ante and Wiltrud Topić Mimara. Donated to the city by wealthy patron Ante Topić Mimara, the collection includes paintings, statues and archaeological finds, organised chronologically and thematically but with little by way of English explanation. Highlights on the ground floor include oriental carpets, south-east Asian sculpture and Chinese porcelain, while the picture galleries upstairs display works from every era from the Gothic period onwards, with artists like Velázquez, Rubens, Rembrandt and Manet each putting in an appearance. It’s also an important venue for temporary exhibitions with an art or archeological theme. Of the total of 3,700 varied works of art, more than 1,500 exhibits constitute permanent holdings, dating from the prehistoric period up to the 20th century. 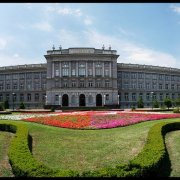 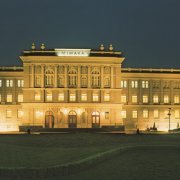 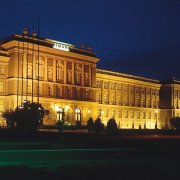 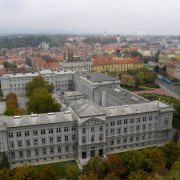 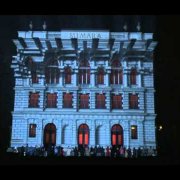 This is a great museum worth a couple of hours of your time in Zagreb. We were staying in the Zagreb Westin, the museum was directly across the street. The building is beautiful and houses a school as well as the museum. The museum is spread out on four floors. It is divided with a floor devoted to sculptures, a floor devoted to paintings, a floor with modern glass exhibited, and a floor with China and Far East textile and glass. The sculpture pieces are smaller in scale which was an interesting change, religious in nature for the most part. Painting floor was wonderful, mostly artists I had not heard of, but Pissarro, Manet, Rubens and Seurat all showed up before we finished. It was very quiet when we visited, we had a floor to ourselves for a while. A great stop and well worth your time.

The Museum contains a large collection of paintings and is situated in a central spot and easy accessible. Also the area in front of the Museum building contains a very well kapt garden even in September. As far as I remember there were three floors with gallery-rooms and a wide selection of different painters. Since my knowledge of Art is limited I can not say how more experienced art-lovers will find the Museum, but I enjoyed the visit and spent several hours there.