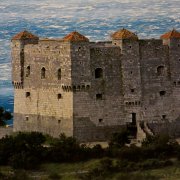 The Nehaj Fortress is a fortress on the hill Nehaj in the town of Senj, Croatia. Nehaj Fortress is situated at an altitude of 49 m. The name Nehaj comes from the Croatian term Ne hajati, which means Don't care. This name was given to the hill and the Fortress by the Uskoks, who built on the top of this hill the Fortress for defensive purposes. They gave the hill and the Fortress such a name because they wanted to emphasize to the citizens of the town of Senj, and all of those that lived in the vicinity of the town of Senj that they should not care that someone will conquer this hill or the Fortress until they are there. It was built on the remains of ruined churches, monasteries and houses which were situated outside of the walls of Senj by Croatian army general Ivan Lenković, a captain of the Uskoks. 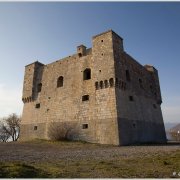 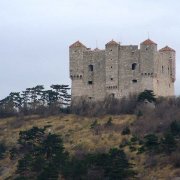 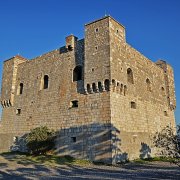 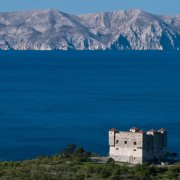 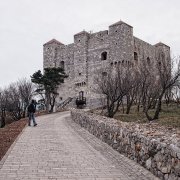 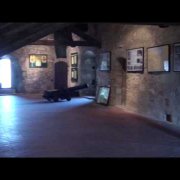 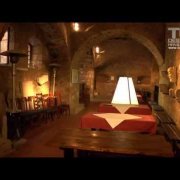 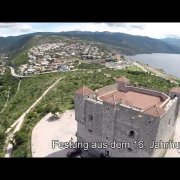 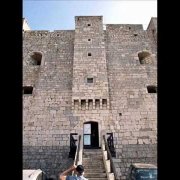 If you are in the area it's worthwhile to stop here. You can see why this castle was built in its strategic location overlooking the Vinodolski straight with the islands of Krk and Rab both in the line of fire. Haven't gone inside but the park and the surroundings of the castle are worth a stop on their own

We enjoyed visiting Nehaj Fortress, situated near Senj with commanding and very beautiful views up and down the coast. The interior is interesting, with some good displays of the costume and weaponry of the people who built the fort and manned it in the 16th century, and some other items used by them too. A lot of the history of the place is told with some pretty handy displays. There's a cafe in there too. A quite fascinating and unusual feature is that each 'gun-port' or window on the ground floor incorporates three fields of fire, offering great defensive capability, enabling three shooters to man each window covering the exterior quite well. Well worth a visit, and don't forget to look at the ancient toilet on the battlements!