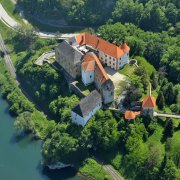 Ozalj Castle is a castle in the town of Ozalj, Croatia. It is situated at an elevation of 146 m. The Ozalj fortress, located on the stone cliff perched above the Kupa River, is one of the best-known fortifications of this type in Croatia. It is a very old stronghold (first mentioned in 1244) that has been converted into a castle. The popularity of this castle is because this was the joint castle of the Croatian noble families of Frankopan and Zrinski. In fact, it was the scene of the unlucky Zrinski–Frankopan conspiracy, which significantly marked the history of Croatia. In the castle there is a museum and a library, and it is in a relatively good state of repair. 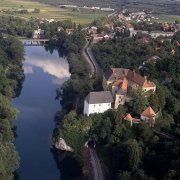 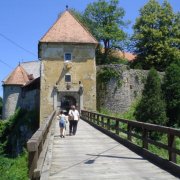 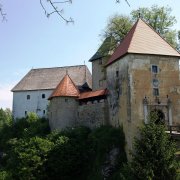 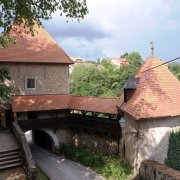 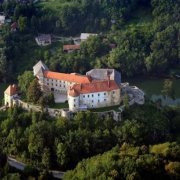 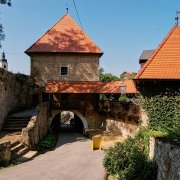 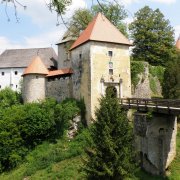 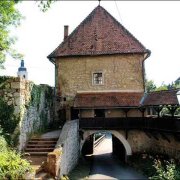 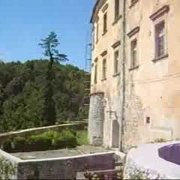 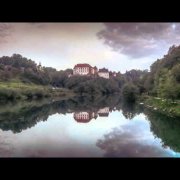 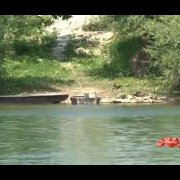 Rreal hidden gem of Karlovac County. The castle is in constant renovation, they really try to present it in the best shape. The castle is located on the hill which is reached by a bridge, along the river with a stream that feeds into it. Really beautiful scenery. It takes about 40min to tour the museum and castle, although one can spend half a day if you want. Entrance is 20kn per person including admission to museums

One of the most beautiful castles in Croatia

A beautiful castle in the town Ozalj which is near the bigger town Karlovac and it's also very near the slovenian border (Metlika town). We came on a Saturday morning and were among the few visitors. The castle looked splendid. You can walk around its courtyard and once you pay and visit the museum (the second floor of the main building, the one which is fully restored and painted) you can ask the guide to open the towers and walk around them. The ticket is only 20 kn (less than 3 euros). It's been voted as one of the most beautiful castles in Croatia and I agree with it.

Not much tourist infrastructure here, but very scenic. The castle is very interesting and important historically, and makes great pictures. Any easy side trip between Slovenia and Zagreb.