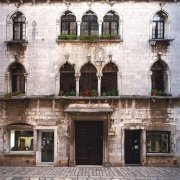 Poreč is a town and a municipality on the western coast of the Istrian peninsula, in Istria County, Croatia. Its major landmark is the 6th century Euphrasian Basilica, a UNESCO World Heritage Site since 1997. Poreč is almost 2,000 years old, and is set around a harbor protected from the sea by the small island of Sveti Nikola (Saint Nicholas/San Nicola). This area has been inhabited since prehistoric times. During the 2nd century BC, Roman Castrum was built on a tiny peninsula with approximate dimensions of 400 m × 200 m (1,312.34 ft × 656.17 ft) where the town centre is now. During the reign of Emperor Augustus in the 1st century, it officially became a city and was part of the Roman colony of Colonia Iulia Parentium. In the 3rd century the settlement had an organized Christian community with an early-Christian complex of sacral buildings. The earliest basilica contained the remains of and was dedicated to Saint Maurus of Parentium and dates back to the second half of the 4th century. The floor mosaic from its oratory, originally part of a large Roman house, is still preserved in the garden of the Euphrasian Basilica. 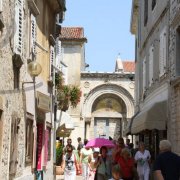 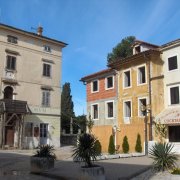 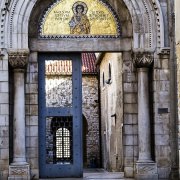 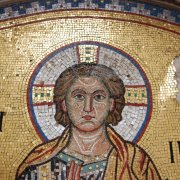 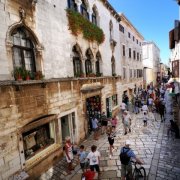 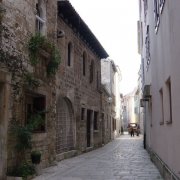 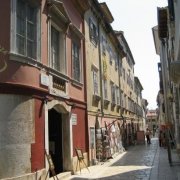 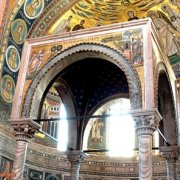 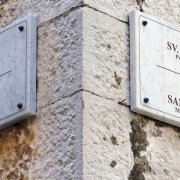 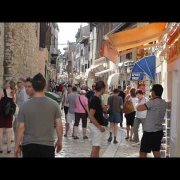 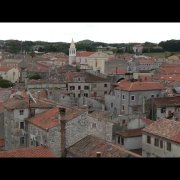 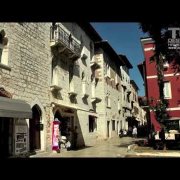 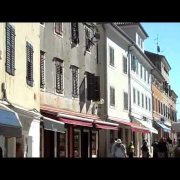 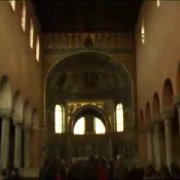 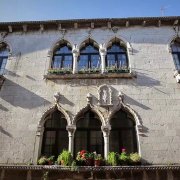 For obvious reasons, Porec is one of the most visited towns in Croatia. Popular with German and as well as most other europeans it is a lovely town, which history streches back 2000 years. In Porec you will find several squares, some tiny, many small alleys and narrow lanes with buildings that seem to stretch forever upwards and many cafes, restaurants etc. Porec is a town with everything you need when you are on vacation!

mix of the historic and modern

Porec is a compact little town with a pleasant promenade around the walls. The old town is nice, but very commercialised, with lots of bars ,restaurants and jewellery and souvenir shops. The highlight of my visit was to the 6th Century Basilica of Euphrasius , beautifully ornamented with Byzantine mosaics. It was built to honour Bishop Euphrasius , the first bishop of Porec who was martyred in the 3rd century. For me, Porec is an interesting visit if you are staying in Rovinj.