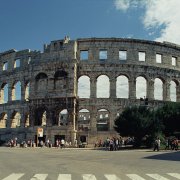 The Pula Arena is the name of the amphitheatre located in Pula, Croatia. The Arena is the only remaining Roman amphitheatre to have four side towers and with all three Roman architectural orders entirely preserved. It was constructed in 27 BC – 68 AD and is among the six largest surviving Roman arenas in the World. A rare example among the 200 Roman surviving amphitheatres, it is also the best preserved ancient monument in Croatia. 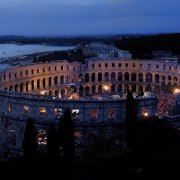 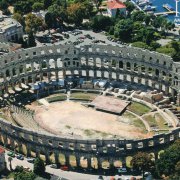 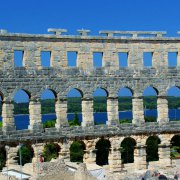 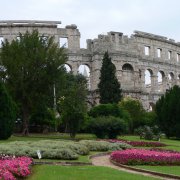 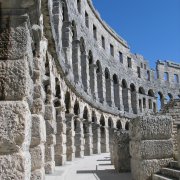 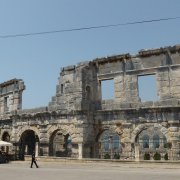 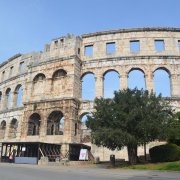 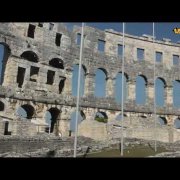 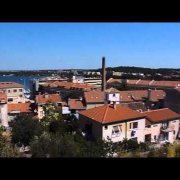 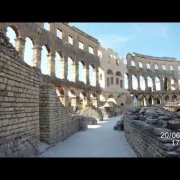 Lovely but not much to see

We definitely wanted to see this but it was a bit disappointing. You don't need to pay to see it and go in like we did as the outside of it was just as impressive, but we didn't learn anything about it from the inside. So I'd recommend seeing as it's really impressive but don't waste your time/money going in it unless you are going to pay extra for a tour.

This Arena is your chance to experience the gladiator life. The Arena in Pula is the best preserved Colosseum in the world. The one in Rome is bigger, but this one makes you feel like you are in THE arena. You can explore the tunnels underneath and walk onto the arena as if you were off to fight the lions. It is an amazing place to be.

Definitely the main sight to see during your visit to Pula. It's absolutely amazing how such a structure is still standing after 2000 years. A very interesting place, inexpensive, easy to access, close to city centre.

Stunning and well preserved, best thing to see in Pula

A beautiful site, most significant monument in Pula. Its construction began during the period of Augustus (27 BC – 14 AD). The remaining structure indicates it had 4 main arched entrances. The 2nd section has 72 arches and at the top there are 64 square windows. Underneath the fighting ring is an area used for storage for cages that housed the beasts. Today, it is a museum filled with many artifacts of the time. If you come to Pula, do not miss touring this facility with a guide to get the history.

Placed in very heart of Pula, great monument of Roman empire. Very old, but in very good shape. You can enter and look around for about 5 euros. In Roman era this was a place for gladiator battles and for cruel fun for Roman people. Today, it is place for great concerts and film festival in summer, Arena is in good shape, as I said, and it's one of five really preserved arenas in the world, like Coliseum in Rome or Arena in Verona. It's really amazing to walk through ancient stones and walls and to go down in cellar area where you can see informations about Arena in history. Don't miss that if you are in Pula.