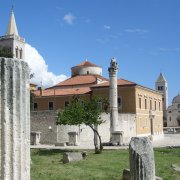 One of the most intriguing things about Zadar is the way Roman ruins seem to sprout randomly from the city's streets. Nowhere is this more evident than in the site of the ancient forum, constructed between the 1st century BC and the 3rd century AD. As in Roman times it's still the centre of civic and religious life, with St Donatus' Church dominating one side of it. 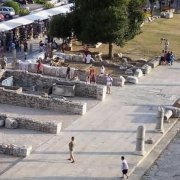 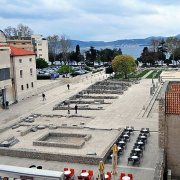 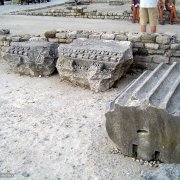 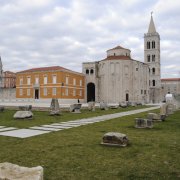 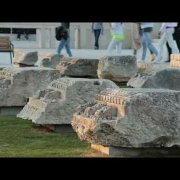