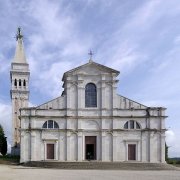 Saint Euphemia's basilica is a Baroque church located in the heart of the historic part of Rovinj, Croatia, dominating the town. This three-nave church was built in 1736 over the remains of older, early Christian structures. Its façade dates from 1883. The relics of Saint Euphemia are preserved in a Roman sarcophagus from the sixth century (but adapted in the 15th century). The church contains several treasures and works of art: Gothic statues from the 15th century, paintings from the 16th and the 17th centuries: Last Supper and Christ in the Gethsemane. The bell tower resembles the tower of St Mark's Basilica in Venice. It was built during 1654–1680, to the plans by Antonio Manopola. On top of this 60 m-high tower stands the statue of St. Euphemia, serving as a wind vane. 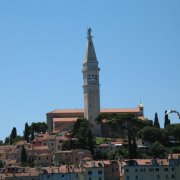 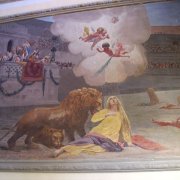 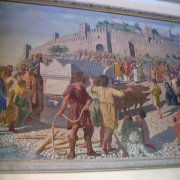 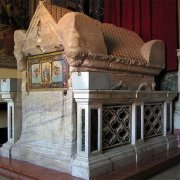 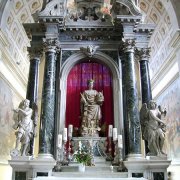 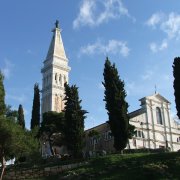 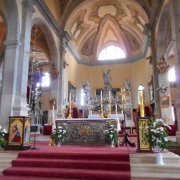 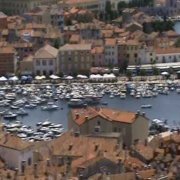 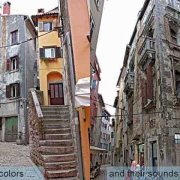 It is the epicenter of Old town Rovinj!
The walk up is slightly steep but the awards are a great church and a stunning view over the landscape and sea. The interior is beautifully decorated and the cathedral has some amazing religious artifacts. The tower offers great views all around for a small fee to ascend.

It is really a must for anyone who enjoys visiting old churches, archeological sites, and beautiful places. The atrium and mosaics are really first class. I was surprised to find such a beautiful place in Porec.