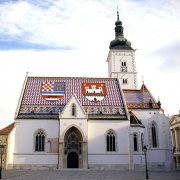 The Church of St. Mark is the parish church of old Zagreb, Croatia, located in St. Mark's Square. The Romanesque window found in its south facade is the best evidence that the church must have been built as early as the 13th century as is also the semicircular ground-plan of St. Mary's chapel. In the second half of the 14th century, the church was radically reconstructed. It was then turned into a late Gothic church of the three-nave type. The church includes many works of Ivan Mestrovic, Croatia's most famous sculptor. 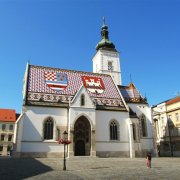 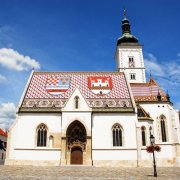 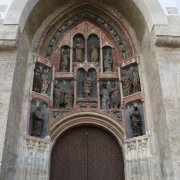 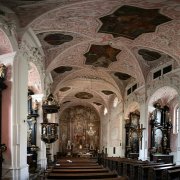 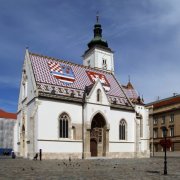 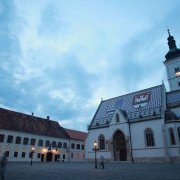 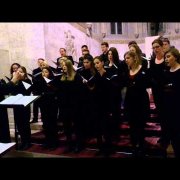 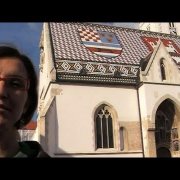 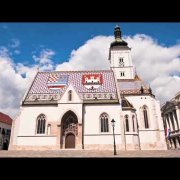 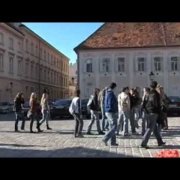 St. Mark's Church probably is the most photographed church in Croatia with its colorful roof tiles of their flag. However my interest was to see the Mestrovic sculptures inside. To quote the government guard outside in the square "You hardly can never get in there." How true.

The first thing you notice about this church is the beautifully colored tile roof. It is estimated that this church must have been built during the 13th century. The roof tiles are laid so they represent the coat of arms of Zagreb (white castle on red background) and Triune Kingdom of Croatia, Slavonia and Dalmatia. Time did not permit us to tour however I was able to get a few pics before the group moved on. According to our guide the roof tiles were recently cleaned and it was quite a lengthy process.