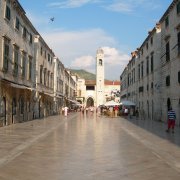 The famed Dubrovnik Stradun, or its official name Place, is the favourite walking area for all the people of Dubrovnik, especially the young, and for tourists from all over the globe. It would be a shame to pass up a walk along Stradun, as this would mean missing an unforgettable experience in the city. It was constructed after the great earthquake of 1667 in the accelerated program to reconstruct the city. 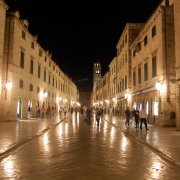 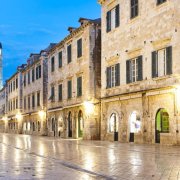 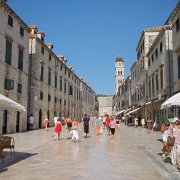 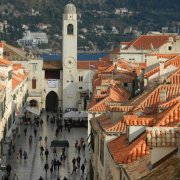 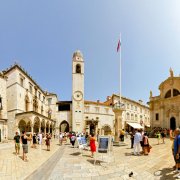 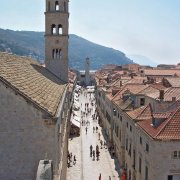 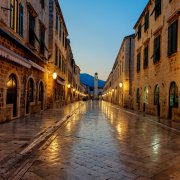 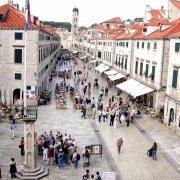 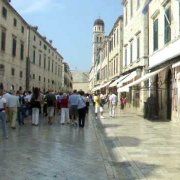 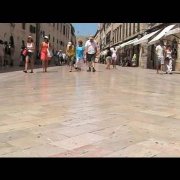 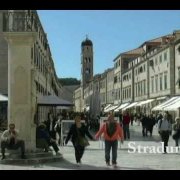 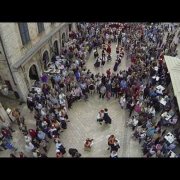 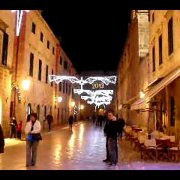 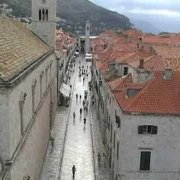 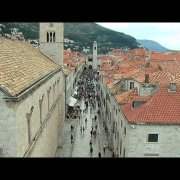 Bustling by day, romantic and breathtaking by night! Sit and watch the world go by. Restaurant prices here are a bit dearer than on the side streets but you're paying for the atmosphere.

Stradun is the Main Street in the old town and you really get an old world atmosphere when you walk down it. The buildings and architecture are superb and it is very clean. There are lots of shops, bars, restaurants etc, with countless side streets and stairways to explore. Be careful when walking as the floor can be quite slippy with the stones being very smooth. There are lots of historical landmarks on the street, and all of them should be visited to take in the atmosphere. We were lucky in that it wasn't too busy when we visited, but wouldn't like to come in peak season.

If you are in Dubrovnik, you have to walk along the main street of the old town and drink up the atmosphere - make sure to visit the churches and the Rectors palace to get a sense of history. Most of the shops are very touristy and we didn't go into many.