The Castle of Pazin 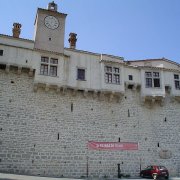 The Castle of Pazin is the biggest and the best-preserved medieval fortress in Istria. It was first mentioned in written documents in 983. Since that time, the Castle and the growing civil area that surrounded it have been given as present, conquered and sacked, destroyed, rebuilt and sub-leased many times. It has changed owners, managers and names. It was under the dominion of Patriarchate of Aquileia, and then under the County of Gorizia. The whole Middle Istrian area, then called Graftschhaft Mitterburg, Contea di Pisino or the County of Pazin was being governed within the safety of its masonry. Since 1374, the whole County had been a private property of the Austrian house of Habsburgs. Today, the Ethnographic Museum of Istria and the Museum of Pazin are located there, and their exhibitions are held. Inspired by the Castle Jules Verne wrote a novel about it. According to the novel, in 1867 Mathias Sandorf was preparing a conspiracy along with two fellow countrymen for the secession of Hungary from the Austro-Hungarian monarchy. The plot was discovered and Mathias and his accomplices were captured, tried and imprisoned in the Castle of Pazin awaiting execution of the death sentence. The three, however, managed to escape from the prison of the castle down to the depths of the Cave of Pazin upon which the castle stands. 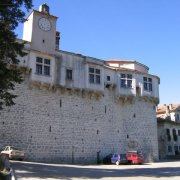 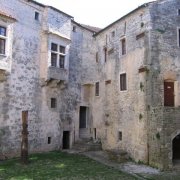 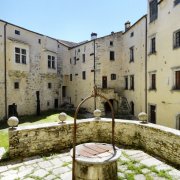 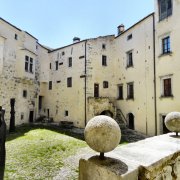 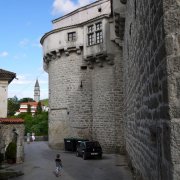 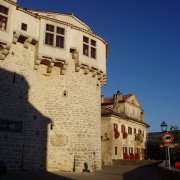 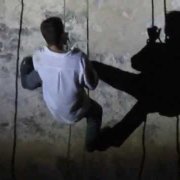 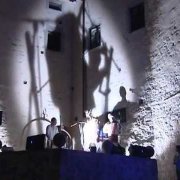 This beautiful medieval castle lies at the top of a small hill. The castle is almost completely surrounded by public roads and is partly hidden by surrounding buildings. It is a great way to escape the busy tourist attraction along the Croatian coast, but I was disappointted with the fact that all interior spaces have the same neutral look & feel and lack historical details, probably due to a major renovation in the past. All in all, it is a nice place to visit.