The City Walls and Gates of Zadar 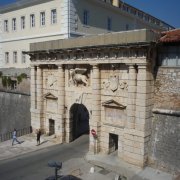 The city walls have had several entrances knocked through them at more secure points in Zadar’s history. Some of them were walled up for good, but six remain as vital links between the town within the walls and the sea outside them. Some sections of the walls were built during the Middle Ages, and some were built by the Venetians much later as fortification against the Turks, who mounted relentless attacks on the city. Today only portions of the walls and eight gates remain. 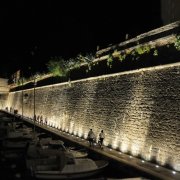 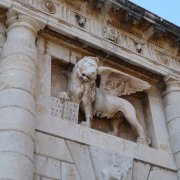 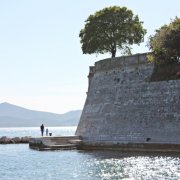 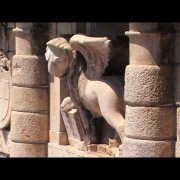 The start to exploring Zadar

This is just the start to exploring Old Zadar. A nice and free exploration of the old city, really nice in the evening. I actually recommend that you don't enter the city through the gate, but take the stairs down into the marina adjacent to the gate and walk along the wall. It puts you at the start of the seaside promenade!.

The Zadar City Gate is a beautiful example of Venetian art with the winged lion and it is in fabulous condition. We stopped at Zadar to eat and stayed the whole day. Don't miss the Gate, the open air museum of Roman and Greek artifacts and, of course, the sea organ.