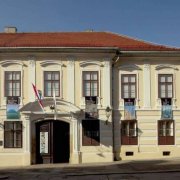 The Croatian Museum of Naive Art is a fine art museum in Zagreb, Croatia dedicated to the work of naive artists of the 20th century. The museum holds more than 1,600 works of art – paintings, sculptures, drawings and prints – mainly by Croatian artists. The museum is located on the first floor of the 18th-century Raffay Palace, 350 square metres in Upper Town at Sv. Ćirila i Metoda Street. From time to time, the museum organizes topics and retrospective exhibitions by naïve artists, expert meetings and educational workshops and playrooms.
In 1952, the Peasant Art Gallery was founded in Zagreb; from 1956 it operated under the name of the Gallery of Primitive Art, while since 1994, in line with a decision by the Croatian Parliament, its title has been the Croatian Museum of Naive Art. From the very beginning the establishment was organized and run according to strict museological principles, and is thus deemed to be the world’s first museum of naive art. 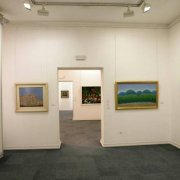 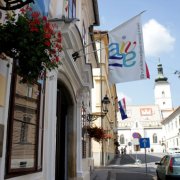 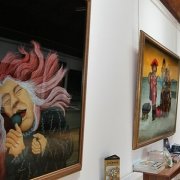