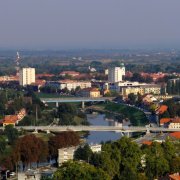 Karlovac – a city on four rivers (Korana, Kupa, Mrežnica, Dobra) is 55 km from the capital, and its favourable position at the intersection of major thoroughfares make it suitable for a short break on a journey towards the sea. However, it is also an attractive destination for relaxation and entertainment. Formerly known as Karlstadt, it was built in the 16th century for defensive purpose against the Turkish conquerors and is a unique urban centre that takes the form of a six-pointed star. There are definitely things to be seen in Karlovac: the old town of Dubovac that was built in the 13th century, the Town Museum, Church of Presveto Trojstvo [Holy Trinity] and the Franciscan monastery with a gallery, the town’s theatre Zorin dom and some of the galleries. At the feudal fair in Dubovac, old crafts, customs and games are presented with dishes that are prepared according to old recipes. 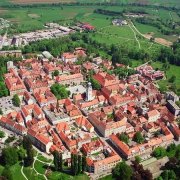 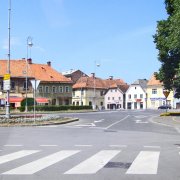 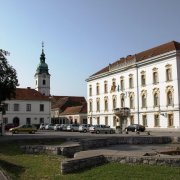 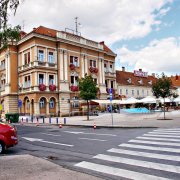 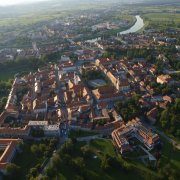 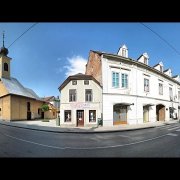 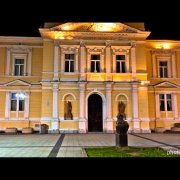 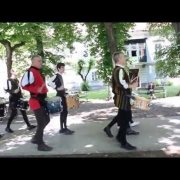 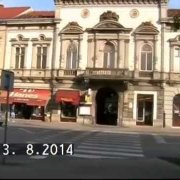 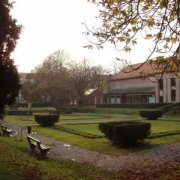 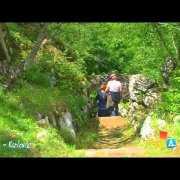 A nice city to go to

Karlovac isn't a exciting city if you only want to party, there are a couple nice pubs but the party doesn't go on till late. However it's a nice city to go to. Friendly people and not so crowded with tourists. In Karlovac you can see a war museum, or just relax and swim in the river and jump from a tower in the water (10m). What is also very usefull is that you can easily go to Plitvice national park from Karlovac.

The town of Karlovac

We were visiting Zagreb, but wanting to see more of the country, so the next day we took a 50 minute train ride to the charming town of Karlovac! This town has been making beer for the 100years & is situated at the junction of 4 rivers. We found the Karona to be picturesque & it's water - clean & blue!

You must visit Karlovac. it is the most beatiful town in continental Croatia.

Not much to see in Karlovac

There is not much to see in Karlovac, but there are lovely places to visit near by. I recommend National Park Plitvice!

Karlovac was a fortified town built to take part in the defense against the Turks. Its ground plan was laid out in the form of a six-pointed star set within defensive walls and ditches filled with water. In each of the six corners there was a strong bastion. Nowadays there is no water in the former ditches and a big part of the defensive walls is no longer visible. But the star-shaped ground plan is clearly visible from air or can be distinguished from the shape of the still present ditches. Karlovac later developed into a Baroque town with many examples of baroque architecture that can be seen in Radićeva, Gajeva, Haulikova and other streets of Zvijezda. You can visit the Holy Trinity church with its Franciscan monastery and the Orthodox St. Nicholas Church. Both of them are on the main square in the middle of which you can also find an interestingly shaped well. Nearby, on the Strossmayer Square you will find the City Museum and the foundation remains of St. Joseph's chapel from the 17th century. Although some of the streets and buildings definitely yearn for restoration, the Star (Zvijezda) is really worth the visit. After you have seen a bit of its architecture, take a stroll around its edges. You will definitely enjoy the shade of the majestic chestnut trees along the promenade of Dr. Franjo Tuđman. If you have more time, you can even make the whole circle around and discover the remains of the defensive walls. Just follow the paths and information boards alongside the ditches.