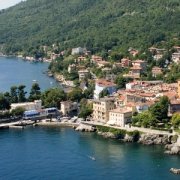 Lovran is a town in Istria, Croatia. It is situated on the western coast of the Kvarner Bay. In the Middle Ages it was known as a town of seamen, fishermen and traders, and at the end of the 19th century Lovran turned into a popular tourist destination. It is named after the laurel (Laurus nobilitis), which grows in the village and its surrounding areas. In the hinterland there are the famous Lovran sweet cherry and marun [a high quality chestnut species] orchards. Traditional events such as the Festivals of chestnuts, cherries and asparagus celebrate these tasty fruits from which many traditional dishes are prepared. Thanks to the lush Mediterranean vegetation and the salty air, Lovran has always been famous for being a health resort. The luxurious villas, former residences and summer villas of the former Austro-Hungarian aristocracy are now the highest-class hotels. The coastal promenade (Lungomare), which is twelve kilometres long, runs between Lovran, Opatija and Volosko, and offers visitors memorable scenes of the coastal landscape. In the hinterland of Lovran, on the slopes of the Učka Nature Park there are well tended hiking and biking trails, places where you can fly, or diving centres on the coast. 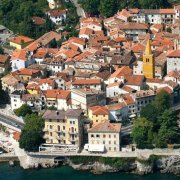 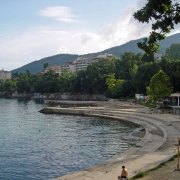 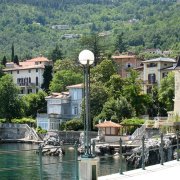 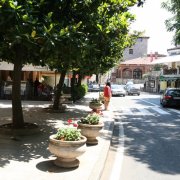 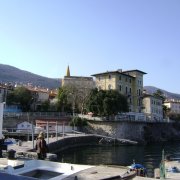 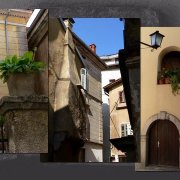 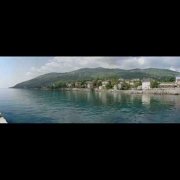 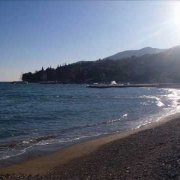 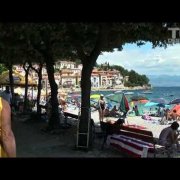 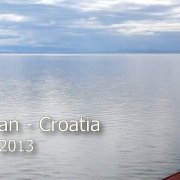 City of Lovran is a small gem on the eastern coast of Istria peninsula. Few kilometers from the famous Opatija, Lovran will give you charm of a small and romantic city (almost village) with specific, very hospitable and simpatic natives. We stayed at the Park Hotel situated 10 meters off the sea, 3 minutes from the city center. The interior was excellent and the food was very good.

A gem on the Adriatic coast

Nice and quite small town. Lovran is a gem on the Adriatic coast and we had a delightful time there. We stayed at the Villa Astra and it is truly a villa with friendly staff and very tasteful food, I recommend you to stay there if you go to Lovran!