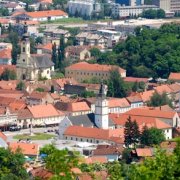 Požega is a city in western Slavonia, eastern Croatia and it is the administrative center of the Požega-Slavonia County. Situated in a golden valley, which the Romans called Vallis Aurea, framed by the Slavonian mountain ring, throughout the centuries Požega has been a very vital centre for the population of the central Slavonia. Valuable historic monuments are proof of its rich history (the Franciscan monastery and church of St. Spirit and Požega's Cathedral...).

Here important cultural and entertainment events are held, the Croatian Film Festival of one minute films at the beginning of September and the Music Festival Golden Strings of Slavonia. 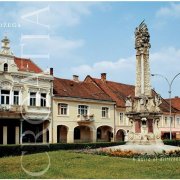 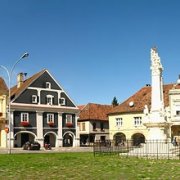 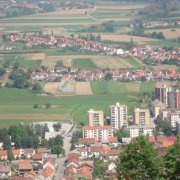 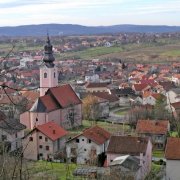 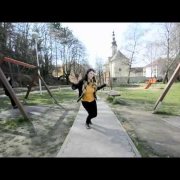 We stayed at the hotel located just a few minutes from the pedestrian area and main square, so we were able to park our car at the hotel and get around on foot. The central town square has a lot of nice buildings (the church of the Holy Spirit, the Franciscan monastery, the Town House, etc.). The town is really nice, and we stayed in Požega right when the festival called Kulenijada was held. It is a special event dedicated to presentation and tasting of the very best kulen, Slavonian paprika-flavoured sausages. We could not have picked a better time to arrive here :)

Nice one night stay in PoŽega

We had a nice one night stay in the beautiful sorroundings of the Požega Valley which is famous for its wines...and in Požega centre you can relax and enjoy the everyday hustle and bustle of life. Have a cold local beer, read the paper and chat to the locals. Very tranquil.