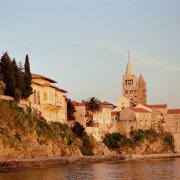 Rab is a town on the island of Rab in Croatia. The town has a long history that dates back to 360 BC, when it was inhabited by the Illyrians. The island was the frontier between the regions of Liburnia and Dalmatia. From the third century BC to the sixth century AD Rab was part of the Roman Empire, and Emperor Augustus proclaimed it a municipium in 10 BC. It was the first town of Roman Dalmatia to be given the honorary title "Felix". There are many churches in the town. The largest is St. Mary the Blessed, which was built in the 13th century. The church of St. Justine is now a museum of sacred arts, while the chapel of St. Christopher (dedicated to the patron saint of the island) is nowadays called the Lapidarium. The four church bell towers became the symbol of the town and the island. 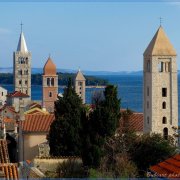 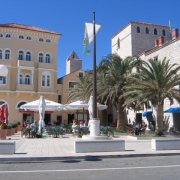 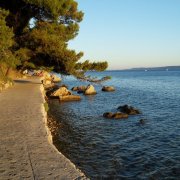 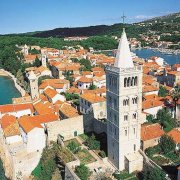 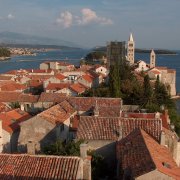 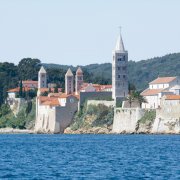 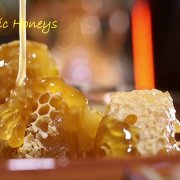 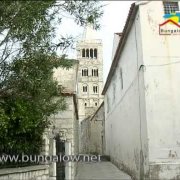 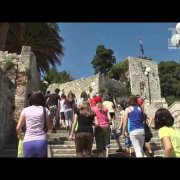 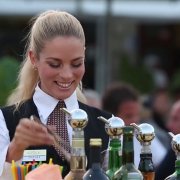 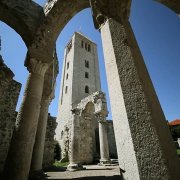 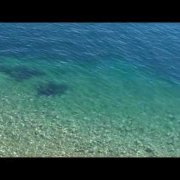 Rab is gorgeous and this is a top place to stay if you can get a good deal. We paid £90 per night in hotel International which was the top limit I would pay for - the most expensive place we stayed, but no regrets. Doing Croatia on a mixed budget is great. Rab is a very special place but there are very few English speakers.

Our stay in Rab was one of the highlights of the 10 day trip. What a lovely, spirited and interesting and gorgeous island of Rab. During the day we drove to distant parts of the island and spent time on various beaches. In the evening after dinner my daughter and I explored the beautiful and well lit smooth cobble stone streets of the town. Also, don't miss this: on the opposite part of the main town of rab, there is GREAT swimming, right off the edge of the town. There is not really a beach here, but sort of a prominade where sunbathers swim and soak up the sun. Bring a water proof camera because once you are in the water here, you will want to take photos of the architecture of Rab from the water. It's breathtaking.