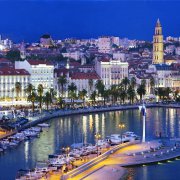 Split is the second-largest city of Croatia and the largest city of the region of Dalmatia. It is 1700 years old and a UNESCO world heritage site. Many of Split's historical and cultural buildings can be found within the walls of Diocletian's Palace. In addition, it boasts several museums (including the Archaeological Museum, the Museum of Croatian National Monuments, and the Split City Museum), several galleries, theatres (Croatian National Theatre, City Youth Theatre, and the City Puppet Theatre), and cinemas. Split is also a university seat and host to numerous scientific institutions. The rich offer for tourists as well as the unique cultural heritage and many cultural and tourist events gives Split its special charm and makes it an ideal holiday destination throughout the year. 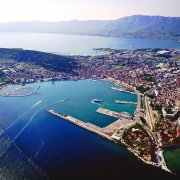 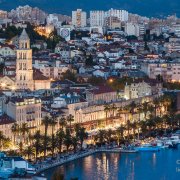 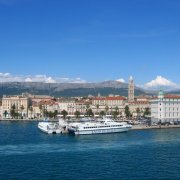 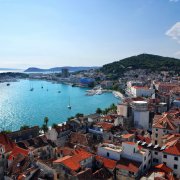 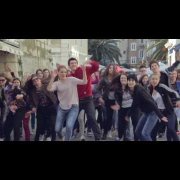 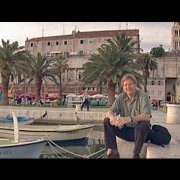 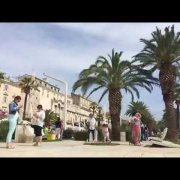 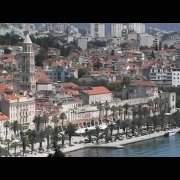 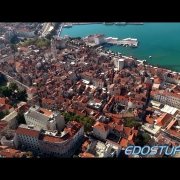 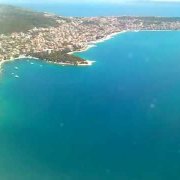 Old town Split is built inside the Emperor Diocletian's retirement home. It's an amazing example of early 4th century Roman architecture, which is a period for which we don't find that many new buildings. At street level there's his mausoleum (now a church) and the main square where therre are constant shows and performances during the evenings. In the subterranean level there is preserved the original basement complete with storage rooms and nice gardens. It's better than it sounds. Well worth seeing.

Split is a warm delightful place I would recomend everyone who want to have some time to tan on the beach! Beautiful old city, very full though, August is maybe not the best month to visit.

The city of Split

The city of Split has old and modern things to see. The new promenade along the water is meant to attract young people. There are vendors and musicians. There are traditional stores. The market is at one end of the promenade. The Diocletian Palace has lots of history to it.

Many small streets and even one that only one person can use at a time. Fabulous city.

Reminded us of Venice without the water

We will be back. A wonderful atmospheric buzzy place with something different to see around each corner. Some good non tourist shops. Plenty of places to sit and have a glass of great local wine and people watch. Highly recommended for a two or three night break or for a base to visit other areas.