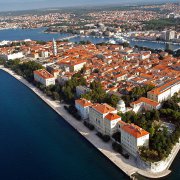 In a city with the most beautiful sunset, in a maritime archipelago facing a multitude of islands and islets, which protect the city from the strong winds, enjoy the symphony of the Sea Organ and magical urban light installation Pozdrav suncu [Greeting the Sun] near the new harbour for cruise ships. It is the centre of Zadar County and the wider northern Dalmatian region. In the last official census of 2011 the population of the Zadar was 75,082. Zadar is a historical center of Dalmatia as well as the seat of the Roman Catholic Archdiocese of Zadar. Zadar is a city with a rich history dating from the prehistoric times to the present day. 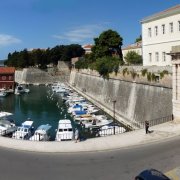 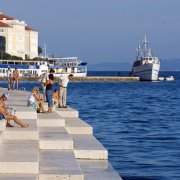 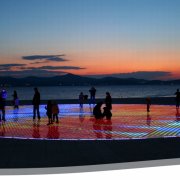 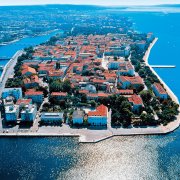 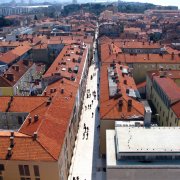 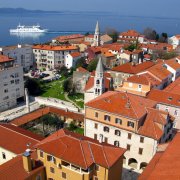 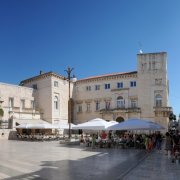 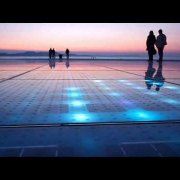 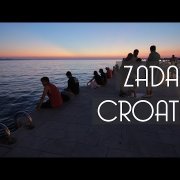 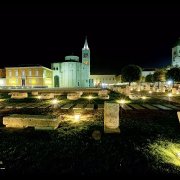 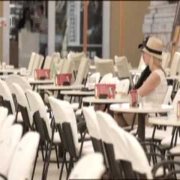 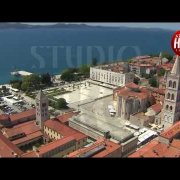 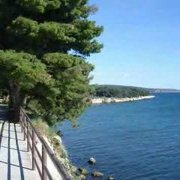 Zadar is a really nice city crowded with people. The sea organ is very unique and is a must see (and hear) while in Zadar. The city keeps it very clean and people are usually quiet and reflective while enjoying the sunshine and sounds of the organ. One major disappointment was the LED display.

We loved the historical look and feel of the gate and the Old City of Zadar. Lots to do and see around the area free of charge. Lots of great restaurants and such a beautiful scenery.

Attractive gate entrance to the city

Unless this was highlighted to you as an attraction you'd probably have taken it for granted and not noticed it! To call it an 'attraction' is stretching it a bit but it's a nice enough feature to have as a distraction when accessing the Old Town from the pretty little coastal harbour.

Zadar is an attractive, thriving town in northern Croatia. To stay at the Art Hotel Kalelarga is to be right in the centre of the town, just round the corner from a very attractive square, great for evening drinks and people watching. Lovely old style city, nothing to dislike, great restaurants, good climate.