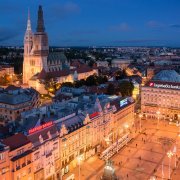 Zagreb, capital of the Republic of Croatia, is also its largest city and the cultural, economic, cinematic, sporting and governmental hub of the country. It is located on the southern slopes of Medvednica Mountain along the banks of the Sava River. Culturally, it is a European city well worth visiting, with its numerous historical monuments and medieval architecture. Its favourable geographic positioning in the Pannonian Basin gives the city instant access to Central Europe and the Adriatic coast. Maybe that's why, for many years, it has remained the economic gateway connecting Central and Western Europe via the Adriatic Sea. Zagreb is a city with a rich history dating from the Roman times to the present day. The oldest settlement in the urban area of the city is Andautonia, a Roman settlement in the place of today's Ščitarjevo. The name "Zagreb" is mentioned for the first time in 1094 at the founding of the Zagreb diocese of Kaptol, and Zagreb became a free royal town in 1242, whereas the origin of the name still remains a mystery in spite of several theories. In 1851 Zagreb had its first mayor, Janko Kamauf, and in 1945 it was made the capital of Croatia when the demographic boom and the urban sprawl made the city as it is known today. 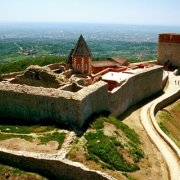 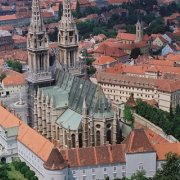 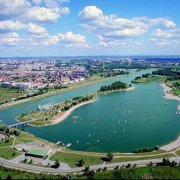 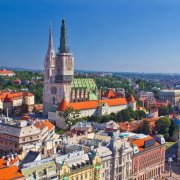 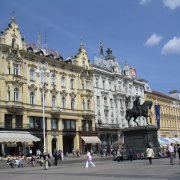 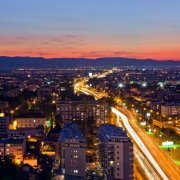 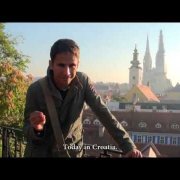 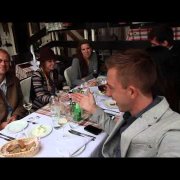 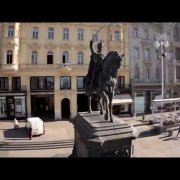 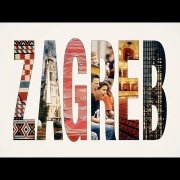 Well, if you don't like traffic, mess and pollution, avoid Zagreb, clearly, and go directly to the upper part of the city, slijeme, the old castle, the Queen spring. Eventually the beautiful cemetery also. This part is like 5/5 stars. The center is really so so. Botanical garden is cute, but hard to park around sometimes. Genrral't the traffic and quality of the air is ruining your experience in the center of the capitale. A real tramway system is needed.

A short day in Zagreb

Bruno from the Segway City Tour Zagreb took the two of us on two hours of the most exhilarating ride around Zagrebs lower town and upper town. We only had a short day in Zagreb, so this was an awesome way to cover lots of ground. We even had time to visit the architecturally stunning cemetery to see the most amazing mausoleums, collonnaded walkways and mozaics. Bruno and Zvonko were highly informative and even explained the impact of the war from having lived through it. We finished up at the restaurant they recommended set up on a terrace with an outlook over the restaurant boulevard. Dont' miss going inside Zagreb Cathedral when you are done! Its the most beautiful and atmospheric place I have ever experienced.

This is my fourth trip to Zagreb. I love this city. The Dolac market is great for fresh fruit and veg and for purchasing authentic Croatian souvenirs.

There is so much to love about Zagreb, especially the "upper town." Zagreb is unique in that its a big city yet, at the same time, it has a small town feel to it. When walking the streets you seem to get the feeling everyone knows each other. The Upper Town, or the old part of the city is most unique and there are many things one can do there whether its to sit at a café, shop, or just sit down, soak up the atmosphere and just people watch. I wish I can remember all the names but, up near the Cathedral, you have the open air market where you can buy fruits, vegetables, home made oils, and honey and of course, souvenirs of the city. As you leave the market you go down these stairs and a few hundred feet from the bottom of the stairs you walk right into the heart of Zagreb and that is the Trg Ban Jelacic. You can't miss is, as there is a huge statue of Ban Jelacic on his horse and in that main square is where people meet as that is the stopping point for all the trams that go through Zagreb. I could go on and write a book about the sights and sounds of Zagreb, but, you have to see it for yourself to really appreciate this beautiful little city.

We were surprised at how beautiful Zagreb actually is. There is so much to see and do. The streets are beautiful with a plethora of bars, restaurants etc. The center of Zagreb is really nicel, its atmosphere is unique, very particular. It has some european features, but it is very local at the same time. Tkalciceva street and few streets near represents the true Zagreb story and spirit. Good beer, tasty food and modest prices.

Zagreb is a lively capital with a long history. It lies at the foot of Medvednica mountain, that spreads for some 40 km in lenght. The story of a town begins with 2 settlements on 2 hills Gradec and Kaptol, back in 9th century. The core of the oldest part of Zagreb is nowadays stil on those two hills. Here you will find cubbled streets, old palacec, old wooden houses, Cathedral, St.Mark's Church, open air market... Nowadays pedestrian zone. Makes a great walk from Kaptol, along Dolac open air market, up the Tkalciceva and Radiceva street to the oldest part Gradec. Nowadays here resides mainly only Goverment (House of Parliament, Town Hall), houses and churches date back to 15th century, some even from 11th. A flair of the past can be felt everywhere. You need 3 hours to explore the Upper town. Downtown is built in central European style, many sweet little restaurants, open air cafes.. Lively streets full of domestic students. Zagreb is also University centre for the whole of Croatia.