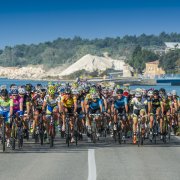 Istria Granfondo is an international cycling marathon with the start and the finish in Istria's coastal towns: Umag and Novigrad. This year's edition starts on 30th September and ends on 2nd October.

The real challenge comes on Saturday, in Umag, on the routes for the bold and physically fit. Choose between the 95 km long route of Istria Granfondo Small and 141 km long route of Istria Granfondo Classic. Granfondo Classic passes through the central part of the Istrian peninsula, through Oprtalj, Motovun i Pazin and returns to Northwest Istria. Both races start and finish in the beautiful Stella Maris Resort, just next to the ATP stadium in Umag. In order to catch your breath on the way, we have prepared a total of 6 refreshment stops.

On Sunday, Istria Granfondo Family & Gourmet Tour will take you on a 25 km long recreational ride around Novigrad and its surroundings, along the shore, through olive groves and vineyards. Cyclists will enjoy the views and tastings of Istrian dishes at the refreshment stops.

The marathon that brought together as many as 800 cyclists from 10 different countries, more than 300 members in the organization team, 150 volunteers as well as members of various cycling teams in 2014, this year has 120 prizes in store for the best cyclists and 20 prizes for the most numerous teams. 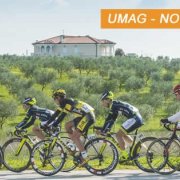 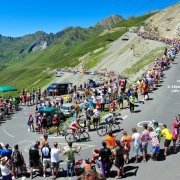 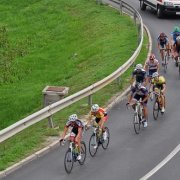 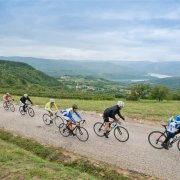 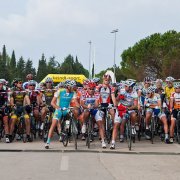 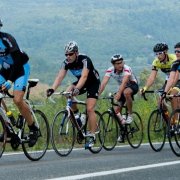 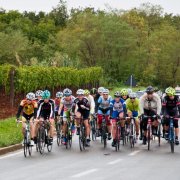 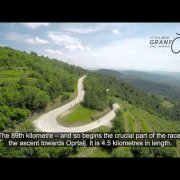 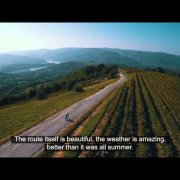 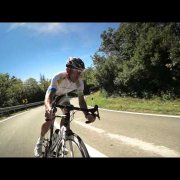 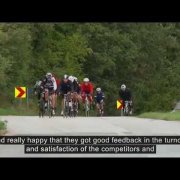