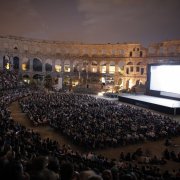 The Pula Film Festival is the oldest Croatian film festival which is held annually in a Roman amphitheater known as the Pula arena since 1954. The festival is usually held in the summer, in July or August. Apart from film screenings open to the public, the annual Croatian film industry awards are also traditionally presented at the festival. The awards presented at the festival (called Golden Arenas) are the main national film awards in the country and they serve as the Croatian equivalent of the American Academy Awards, British BAFTA Awards, Spain's Goya Awards, France's César Award, etc.
Read more on the Official Website 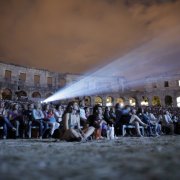 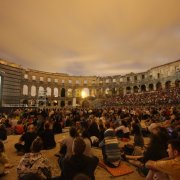 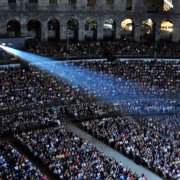 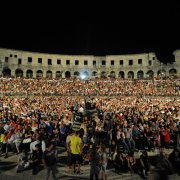 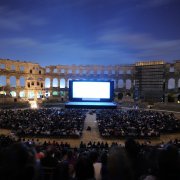 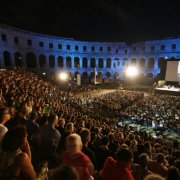 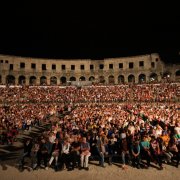 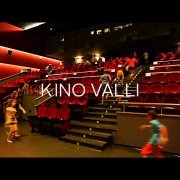 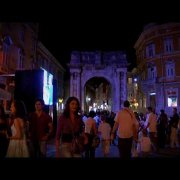 As we visited Pula at the end of July, we caught the end of the Pula film festival and got to see Monsters Inc University in the arena at that was impressive. Then another night we went and saw a gladiator fight which was interesting. Pity there weren't any tickets left for the Leonard Cohen concerts. Not overly expensive to get in, and less expensive if you have a Pula Pass which you can get in the tourist office in the forum

We spent a brilliant night in the Arena watching a subtitled Croation film as part of the Pula Film Festival. What a setting on a hot July night. Amazing! The tickets were cheap and we got great seats. The film itself was very engaging but the location was stunning.

Would recommend visiting Pula film festival in July. Every night they show 2 films in the amphitheatre, often one international hit and a local indie film too. It was a fantastic experience and a great way to see the structure of the Pula Arena. The Romans would be impressed that the building is still in use entertaining crowds today.

We saw a Croatian movie 'These are the rules' in the Amphitheater at night during the 'Pula Film Festival'. This was a nice experience and the movie was very good.