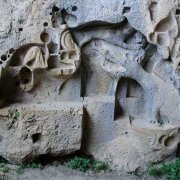 Drakonina Pecína contains a famous relief showing a dragon. This gave the cave its name Dragon Cave. It is 5,7m long, 2,5m high and cut up to 80cm deep into the rock. The age of the relief is not known. Legend tells, it was made by a hermit or a Glagolitic friar during the 5th century, but there is no scientific proof of this.
The whole cave was heavily altered and used as a church or hermitage. On the walls of the cave are holes of various shapes and at their foot are stone seats. On the eastern side, above the little chapels are human figures and birds on their nests. Later, during the 14th century the monks moved into new built monasteries nearby.
Read more on the Official Website 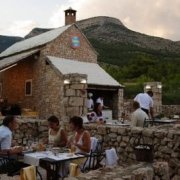 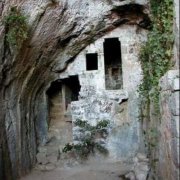 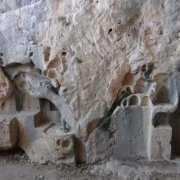 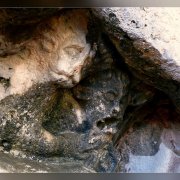