The Lim bay and valley is a peculiar geographic feature found near Rovinj and Vrsar on the western coast of Istria, south of Poreč, Croatia. The Lim valley (Limska draga or Limska dolina) is the 35 km long valley of the river Pazinčica, which transforms into the Lim bay (Limski zaljev), a 10 kilometer long estuary. The Croats sometimes also call it Limski kanal ("Lim Channel"), due to its narrow width. The estuary is sometimes called a fjord, although it is not in fact a fjord but a ria, because it was not carved by a glacier but by the river eroding the ground on its way to the Adriatic Sea, when the sea level was lower. Owing to its geological history, this estuary is one of the most instructive examples of limestone hydrological development. The Lim stream used to flow through the valley but dried up regularly, and was really only present after the heavy rain. The Lim estuary has the appearance of a canyon. The side rises to 150 m, sinking to 20 m when they reach the sea; they are overgrown with maquis and have some special characteristics. The southern bank, facing the north, is covered with deciduous trees (oak and ash), while the north bank, facing the sun, has more evergreen flora. The estuary is rich in fish, and high quality oysters and mussels. Because of the special conditions of the sea water in the channel (less salt content, a higher concentration of dissolved oxygen and well-researched temperature gradients) sea flora and fauna are particularly well developed. The channel is a natural breeding ground and wintering place for many breeds of fish. For this reason it is a special reserve and is protected by a conservation order. 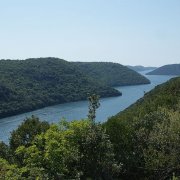 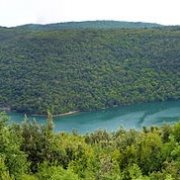 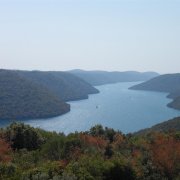 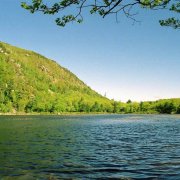 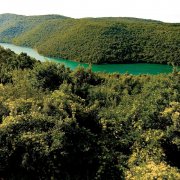 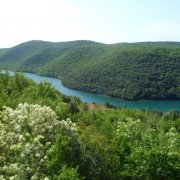 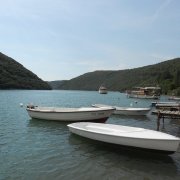 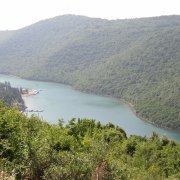 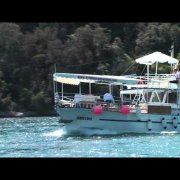 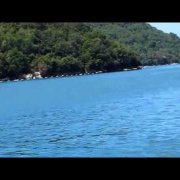 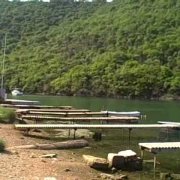 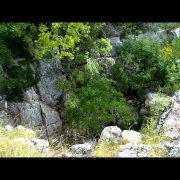 A great way to spend your day out

During my summer in Porec, Lim was one of my favourite places. After a swim you can walk through olive trees, through Kontija forest to the pirate cave and enjoy a drink with a great view and feeling. The place is very adventurous. I would suggest a sky jump at Vrsar airport rather than the boat trip or a panoramic drive with spectacular view of Vrsar and Brijuni arhipelag.