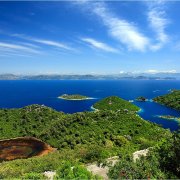 Situated on the island of the same name, Mljet National Park is the most important protected area of the Dalmatian south. The park covers the western part of the island, which many regard as the most alluring in the Adriatic, full of lush and varied Mediterranean vegetation. The park includes two deep bays which, due to their extremely narrow links with the sea, are regarded as and indeed named lakes: the Great Lake and the Small Lake. Mljet is also very rich in cultural heritage, the most prominent example being the complex of the 12th century Benedictine monastery.
Read more on the Official Website 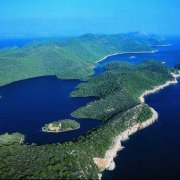 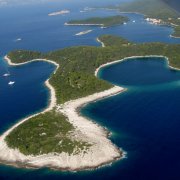 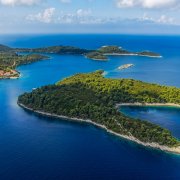 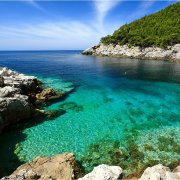 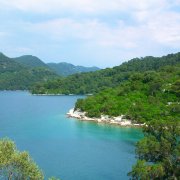 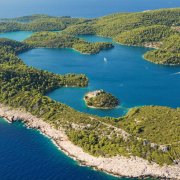 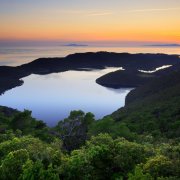 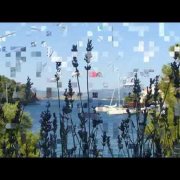 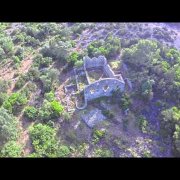 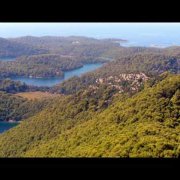 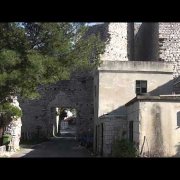 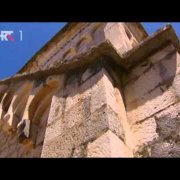 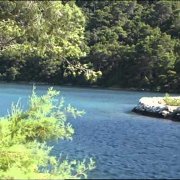 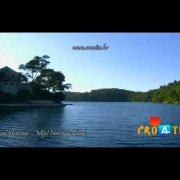 Definitely worth a trip

Mljet National Park is stunning and certainly worth a trip - even if you can only manage it for a day. I've been on a number of occasions, including the height of the season, and it has never been unpleasantly crowded. Even if you find yourself caught behind a 'guided tour', it's easy enough to pick up the pace to get past them and then find yourself in the peace and tranquility of the park when you spend hours and barely see another soul. If you want privacy, there are lots of places around the big lake where you an nip off the path and get down to the waters edge for a swim in the exquisite waters. A trip over to the island for a drink (and a dip, if the fancy takes you) is a must and the price of entry to the park includes a boat trip to and from the island. The water temperature in the little lake is surprisingly warmer than the big lake but the most popular 'beach' area can get crowded.