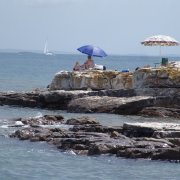 Red Island beaches are one of the best-known tourist resorts in Rovinj. The Red island consists of two artificially linked islands, the Maskin Island and the St. Andrew Island. The red island can be reached by boat from the centre of Rovinj, from a little dock called the Dolphin, or by a private boat. It takes approximately 15 minutes to reach the island and the boats go every hour. There is a large number of beautiful beaches on the Red island, most of which are rocky with rubbles covering its lagoons. The most visited beaches are located on the Southern side of the St. Andrew island which have numerous facilities in their proximity: such as coffee shops, restaurants, miniature golf terrains, diving centre and similar. If you prefer peace and quiet, go to the Western part of the St. Andrew island where the beaches are rocky and are great for those who enjoy diving into the sea. 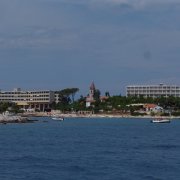 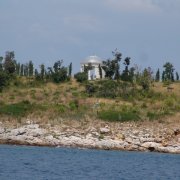 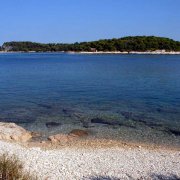 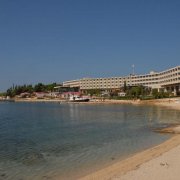 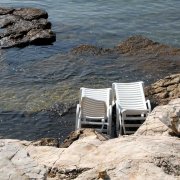 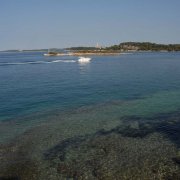 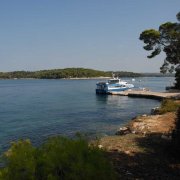 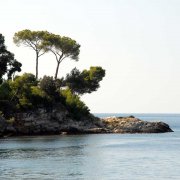 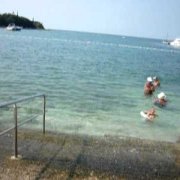 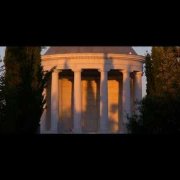 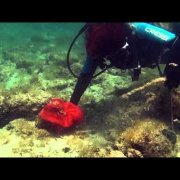 The place is gorgeous. We loved it. Our children enjoyed the play park, which was larger than the small one in the old town in Rovinj. There were lots of little surprises and interesting things dotted around. The view from the tower was a hit, too. The boat ride was very fun and it did not last too long. Listening to waves with my daughter, swimming and lying on the big net swing were my favourite holiday moments.