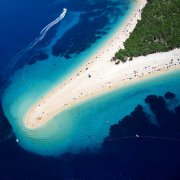 The Zlatni Rat, often referred to as the Golden Cape or Golden Horn, is a spit of land located about 2 kilometres (1 mile) west from the harbour town of Bol on the southern coast of the Croatian island of Brač, in the region of Dalmatia. It extends into the Hvar Channel, a body of water in the Adriatic Sea, between the islands of Brač and Hvar, which is home to strong currents. The landform itself is mostly composed of a white pebble beach, with a Mediterranean pine grove taking up the remainder. 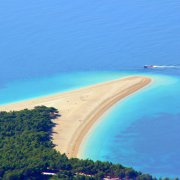 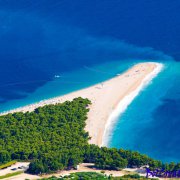 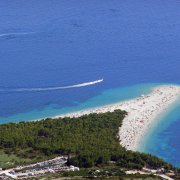 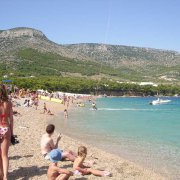 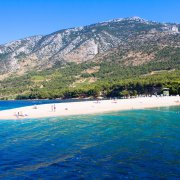 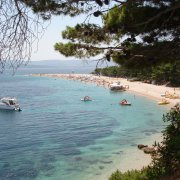 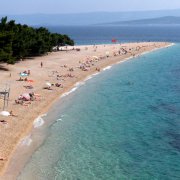 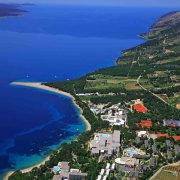 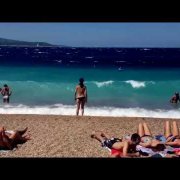 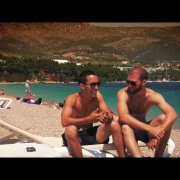 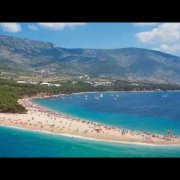 The best beach in Croatia

I've spent my summer holidays four times on Bol on Brac. The best time to visit is for me September, when the sea is still warm, but days are not that incredibly hot and the school age crowd is gone. My habit is to go to the beach in the morning, around 9.30am, and retreat the heavy sun from 11.30 - 3.30pm. Usually I would eat, have a rest, read a good book in a shadow somewhere with a tasty drink and than return by 4pm and stay till the temperature doesn't drop too low and it gets cold. Yes my best time at the beach is early morning or early evening when the hotel guests are usually already sitting with their dinners. I feel really relaxed there, and the noisy crowd is most often also gone by then. The beach has easy access to the sea, that's why families with children also enjoy it. If it was too crowded at the actual beach at any time I would stay in the little forest that surrounds the beach and take my spot later when the beach gets emptier.