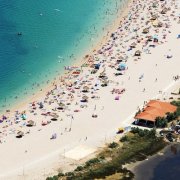 Zrće is a long pebble beach on the Adriatic island of Pag in the northern part of the Croatian coast. It is located near Novalja and Gajac, about 2 kilometres (1 mile) from the town's center. It is one of over 100 Blue Flag beaches in Croatia, having been given the award in 2003. The beach is a well-known Croatian summer destination for partygoers, with several all-hours discotheques and beach bars operating during the summer months. It regularly features gigs by internationally known house and trance DJs at the peak of the Croatian summer season in July and August. Zrće is particularly popular among young club goers, while other pebble and sand beaches on the island are more family-oriented. 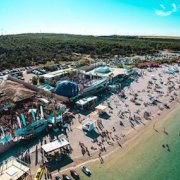 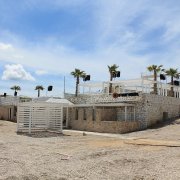 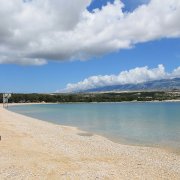 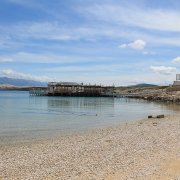 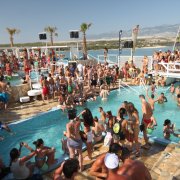 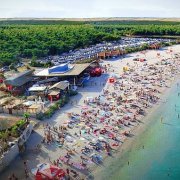 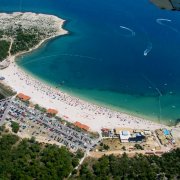 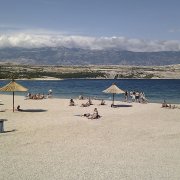 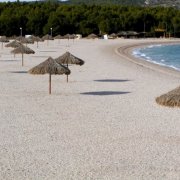 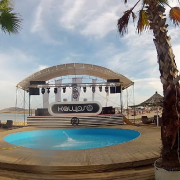 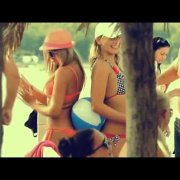 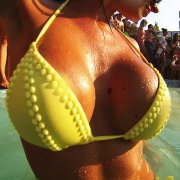 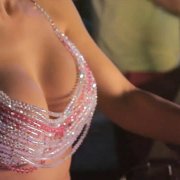 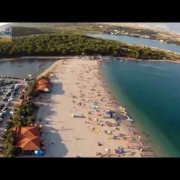 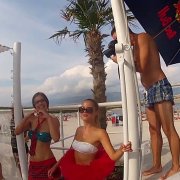 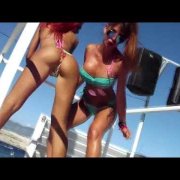 Great fun, night & day - free drinks & promos during the day & a great place to chill before a cracking night out. Once the suns down, party time begins, enjoy dancing in the pools, sitting drinking in nets above the sea & a wide variety if, bars, music, drinks and the rest also good supply of taxis etc as it's so popular so getting home is no problem!

Although the beach is a pebble beach, it is kept very clean and the sea is beautiful. There are plenty of restaurants and water sport activities for those who get bored lying in the sun all day. The atmosphere is very lively, there are a lot of young people who travel to Pag for the night life and enjoy the beach during the day.