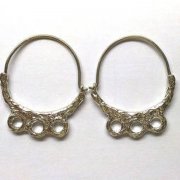 The bronze Buzet Earring was predominantly found in northern Istria between Buzet and the west coast in the early Middle Ages in the graves of the native as well as the Romanized Illyrian-Celtic people. In the literature the earring appears in the 7th and 8th centuries. The Buzet Earring has been listed in the Cultural Heritage Register of the Republic of Croatia under the entry RRI-118 since 23rd October, 1968, while its samples have been kept in the Regional Museum of Buzet.
A silver replica of the Buzet Earring has been created as an original souvenir of Buzet in a joined project of the Municipiality of Buzet, Buzet Tourist Association, Regional Museum of Buzet and the local “A.Vivoda” Cultural Centre. 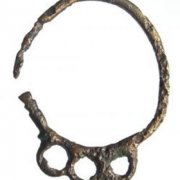 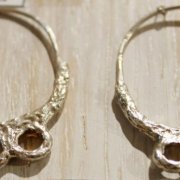